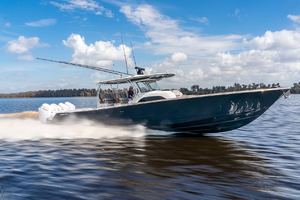 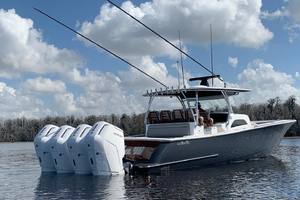 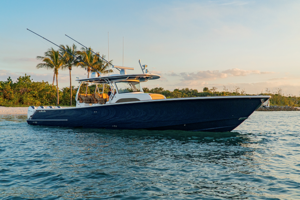 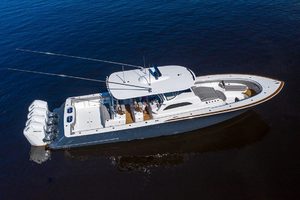 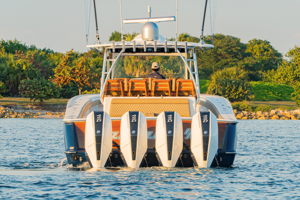 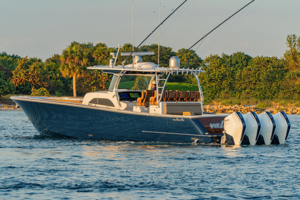 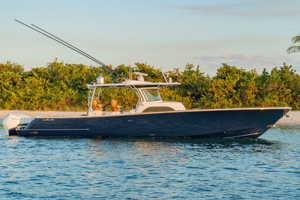 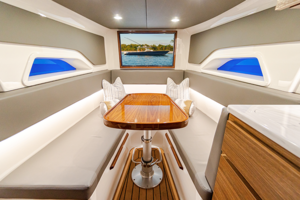 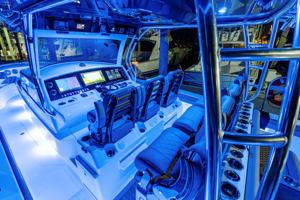 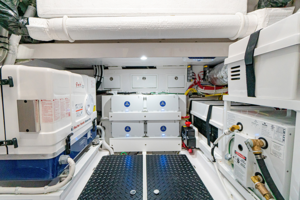 Build to Your Specs!

Valhalla Boatworks V46 2026 For Sale in On Order, Virginia

Building on the overwhelming success of the V Series high-performance luxury center consoles, the Viking Yacht Company has begun the next chapter in the evolution of Valhalla Boatworks – the V-46.

Viking announced the creation of Valhalla Boatworks (VBW) in February 2019, and introduced the first three models – the V-33, V-37 and V-41 – simultaneously only eight months later in Atlantic City, New Jersey. The trio set new standards in performance, fishability, engineering and build quality, along with personalization opportunities never seen before in this genre.

“We’ve established Valhalla Boatworks as a dominating force in the center console market,” says Viking President and CEO Pat Healey. “The response has truly been tremendous as we approach 70 Valhallas delivered in our first year of production.”

The Valhalla 46 takes the V Series to an entirely new level, broadening its appeal through additional accommodations and amenities while maintaining its fishing boat DNA. “We never stop innovating, fine-tuning and staying out in front of the needs of our owners and the marine industry,” says Pat. “The V-46 is a result of that commitment.”

Like its stablemates, the V-46 is an outboard-powered center console that utilizes the patented Michael Peters Yacht Design (MPYD) double-stepped hull. “We’ve been extremely pleased with the performance of the first three boats,” says Design Manager David Wilson. “Our close collaboration with MPYD has continued, and we expect the same high level of performance in this boat.”The V-46 possesses the same signature design traits (S-shaped sheer, doubles chines, tumblehome transom bustle), aesthetic enhancements (teak toerails and transom) and 360-degree fishing prowess of the V Series. This Valhalla’s significant length (46’ 7”) and beam (13’ 4”) allow for a massive console that functions as an air-conditioned cabin. Through the port-side console door, a powder-coated pedestal with teak stair treads leads to an inviting living space. You’ll immediately notice the headroom (6’ 7”) and free-flowing open layout that’s filled with natural light flowing through four shapely portlights. Forward, a dinette with U-shaped seating and bolstered backrest surrounds a drop-down table that converts to a queen berth. On the starboard side is the galley, which features a polished Corian countertop, stainless steel sink, brushed nickel and chrome faucet, two-burner recessed stove, refrigerator/freezer, microwave oven and cabinet storage. Directly aft of the galley is the private head with a molded-in vanity with freshwater sink and faucet, toilet and shower.

The head provides access to the machinery room, which houses the 8 kW diesel generator, batteries and distribution panel, battery charger, hot water heater and provides access to helm electronics. “The proper installation and protection of mechanical and electrical equipment is more important than ever on open outboard-powered boats,” says Viking Design and Engineering Vice President Lonni Rutt. “That’s why we’ve equipped the V-46 with a dedicated and protected walk-in space that houses critical electrical and mechanical components. The machinery room essentially serves the same purpose as the engineroom on a Viking.”

The V-46 was designed and engineered with a mounting structure molded into the vessel’s resin-infused structural stringer grid for the installation of an available Seakeeper SK 6. “Like the infused stringer grid, all of the materials used in the 46 are analyzed for weight reduction, optimal performance and ultimately the best structure we can provide,” says Lonni. The Seakeeper is accessed through a dedicated hatch on centerline forward of the lazarette, which is home to the custom-designed fuel management system and Hooker sea chest live well system. All hatches are equipped with heavy-duty gasketing that sits in recessed channels for a tight seal.

The console, helm seating modules and the forward lounge are all elevated on a 7-inch-high platform, which maximizes visibility and allows for increased interior volume below. The console maintains the streamlined, clean design of the V Series, with its controls and information displays positioned for ease of access and viewing. An expansive recessed black acrylic helm panel can hold three electronics displays up to 22 inches each. A row of flush-mounted Bocatech switches (with backlit labeling) lines the lower dash. The engine controls and Zipwake interceptor trim control panel are positioned to starboard of the centerline helm pod (available in teak or faux teak) and Edson stainless steel wheel with power knob. Quick downward glances allow for regular performance checks via the high-definition engine monitor. There are port and starboard glove boxes for storage of personal items, and four convenient stainless steel cupholders are nested neatly in the console.

The seating opportunities on the V-46 are diverse and plentiful from bow to stern. Like the V-33, V-37 and V-41, the new Valhalla features standard Costa Marine bench seating at the helm with optional Release Marine or Llebroc seating consisting of three chairs with individual armrests, folding bolsters and electric slides. The V-46 also offers a second row of seating for up to four additional crew or guests, as well as the aft-facing mezzanine seating that has been so popular on the first three V Series models. Owners can also go with a Costa Marine bench for the second row of seating or four Release Marine or Llebroc chairs with shared armrests, folding bolsters and electric slides. The second row is elevated another 3 inches and has a footrest area for enhanced visibility and comfort. GG Schmitt transom seats are also available. VBW uses premium Sunbrella Horizon upholstery – offered with Diamond/Bentley stitching – for the V-46’s seating and coaming bolsters. The seating’s main sections, insets and piping can all be color coordinated to the owner’s liking.The three-person lounge integrated into the console has folding armrests and a leg-elevating design. There’s also a two-person seat molded into the lounge’s forward section. The port and starboard forward seats feature available Release Marine teak backrests. The deck layout was also designed with a centerline step-up platform for increased access to the anchor locker and ground tackle, and it also provides a convenient elevated position for casting.

The hardtop package is loaded with top-shelf components for both fishing and navigation, including Lumitec Mirage spreader lights, overhead lights, a molded-in radar pod, a six-rod rocket launcher and an integrated overhead electronics pod in the hardtop above the helm. Custom hardtop options include Gemlux outrigger bases and 22’ Gemlux outriggers, Miya Epoch US-6 electric teaser reels (mounted inside the hardtop) and Lumitec Razor light bars. Aesthetic enhancements include a white powder-coated hardtop frame and the option to have the hardtop underside match the hull color. The Valhalla 46 can be outfitted with a custom Palm Beach Towers gap tower or fold-down marlin tower with removable sunshade.A dynamic and versatile fishing platform, the V-46’s deck layout optimizes freedom of movement and stresses ease of access to all pertinent equipment. Live bait anglers will be impressed. Dual 50-gallon transom live wells anchor the cockpit. Inlet and discharge fittings are located in the cockpit corners for additional on-deck live well capacity. An in-deck live well is available in lieu of the Seakeeper, and the forward section of the lounge seating can also serve as a live well. The Valhalla 46’s deck holds five fishboxes – all insulated, equipped with macerator pumps and plumbed for overboard drainage. Six standard stainless steel Gemlux rod holders line the cockpit coaming, and you can add more along the coamings forward. Convenience options include a bow thruster, anchor chute with stainless steel anchor and windlass, a teak deck for the raised platform seating area, mezzanine step and forward step, underwater lights, a Costa Marine sunshade and a Reverso automatic outboard flushing system.

The V-46 can be powered with either quad Mercury V8 450Rs, Mercury Verado 400s or Yamaha V8 425s. Both packages utilize fly-by-wire electric power steering and are available with joystick control and GPS station-keeping systems. With a nearly 700-gallon fuel capacity, the V-46 has the legs for long trips to the canyons or extended cruising and diving in the islands. “It’s the ultimate fish-and-cruise hybrid,” says David Wilson. The Valhalla 46 will make its world premiere at the Viking Yachts and Valhalla Boatworks VIP Preview in Riviera Beach, Florida, on January 29 and 30.

This listing is courtesy of the MLS and may be centrally listed with another broker. It is offered as a convenience by this broker/dealer to its clients and is not intended to convey representation of a particular vessel.
Back to Results