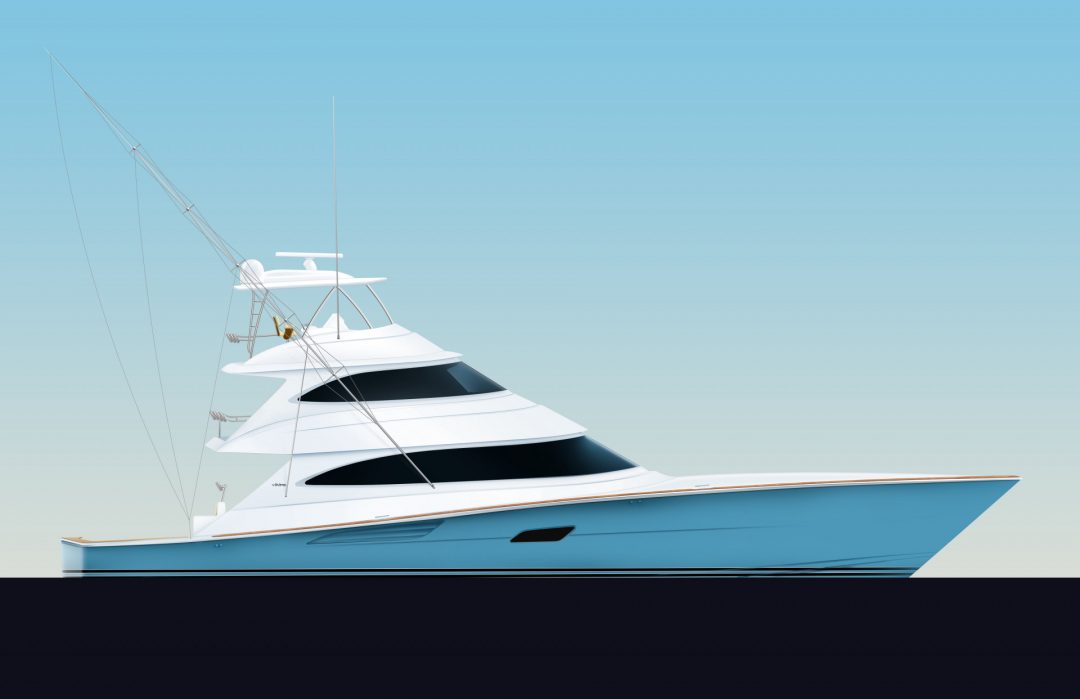 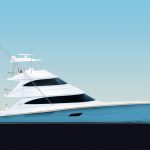 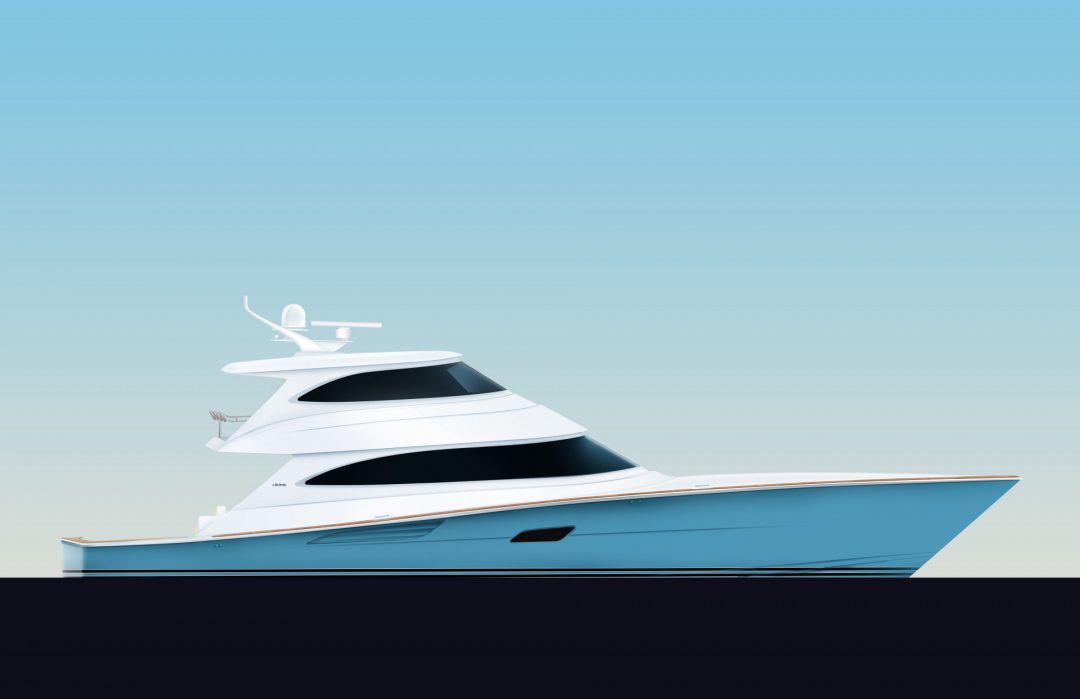 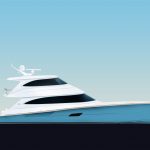 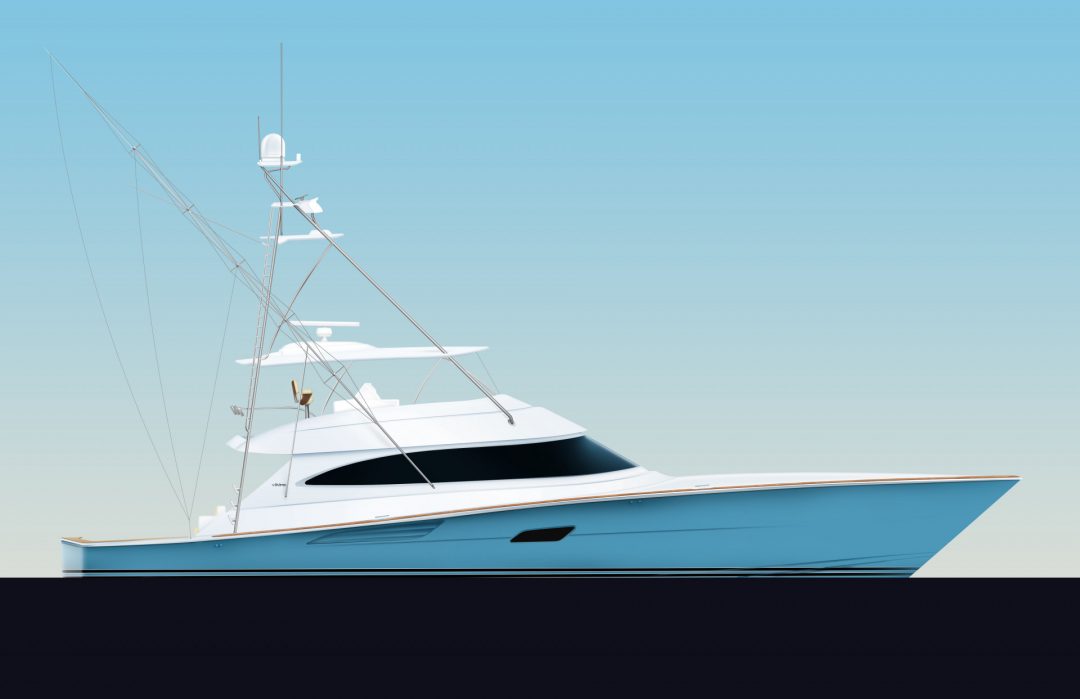 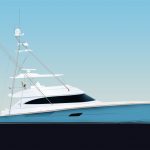 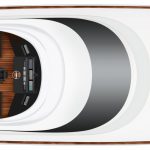 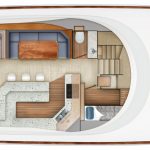 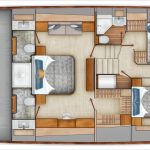 Driven by its mantra to build a better boat every day, here comes Viking again with another example of excellence in boatbuilding design, engineering and innovation. The legendary New Jersey boatbuilder is proud to announce the all-new Viking 90 Convertible, a yacht that will redefine the capabilities of the luxury convertible sportfisher and become the new benchmark in the genre.

“We’ve taken all the incredible qualities of the 92 – the interior layout, the accommodations, the style, the amenities – and merged them with greater performance, technology and versatility,” says Viking President and CEO Pat Healey. “The 92 was the Bentley. This is the Ferrari.”

Three Models
The 90’s profile represents a synthesis of design traits from the 92, 80 and other modern Viking sportfishing yachts, as well as subtle motor yacht influences. “We designed the 90 to be as sleek as possible, stressing a low profile and clean lines,” says Viking Design Manager David Wilson. “We also brought several refinements to the exterior that enhance that lean, sexy look.” Carefully placed feature lines, deckhouse windows and portlights with chamfered edges and Viking’s signature hull-side vents are just of few of the 90’s aesthetic high points.

Viking will offer three models of the 90 (Open Bridge, Enclosed Bridge and Sky Bridge), all utilizing a spacious six-stateroom accommodation plan highlighted by a full-beam master suite. “We feel the open bridge 90 is going to be a huge hit, particularly with our 80 owners,” says Pat. “We’re providing a larger Viking that fishes just as well as their 80 and has the same type of performance and nimble maneuverability.”

The Open and Enclosed Bridge 90 can be outfitted with a tuna tower from Palm Beach Towers (PBT), and all three models can be equipped with a custom electronics, communications and entertainment package from Atlantic Marine Electronics (AME). Both Viking subsidiaries, AME and PBT ensure turnkey delivery.

Looking Aft
The cockpit and dual mezzanine stress a sense of togetherness with a focus aft – where the action is. From the salon, a 40-inch-wide electric-powered single door opens with a touch of a button. The upper mezzanine’s port side is home to an L-shaped aft-facing lounge with available air-conditioned backrest and a teak table. On the starboard side, there’s a versatile cooking and refreshment hub (with an additional aft-facing seat) that can be personalized to the owner’s liking with a grill and icemaker or refrigerator.

A large lounge on the lower mezzanine looks upon the cockpit, with its shapely fiberglass module holding storage underneath and tackle drawers on each side. The mezzanine provides centerline engine access to the crew quarters and engineroom, and is also home to an oversized freezer (port) and two refrigerated boxes (starboard).

The cockpit measures 224 square feet, with a 203-gallon transom fishbox/live well and a pair of full-length 103-gallon insulated in-deck fishboxes. Access to the Seakeeper 35 is provided by a single powered hatch on centerline, a watertight design introduced with recent Viking 80 demonstrator boats, and the cockpit sole is built with reinforcement for a fighting chair, rocket launcher or table.

Living Large
Viking owners and enthusiasts will be enamored with the accommodations of the new Viking 90. The combination of interior volume, a flowing open layout and several design nuances create a fresh soothing ambiance throughout the vast living spaces. Stepping into the salon, a new horizontal grain natural walnut interior greets you with warmth and style. Interior doors featuring both horizontal and vertical grains as well as ebony inlays add to the visual appeal. Guests will appreciate the spacious lounge that begins at the salon door and wraps around the port side. A starboard-side entertainment center features a 65-inch pop-up HD TV. Forward, the large starboard wraparound galley is open to a raised U-shaped dinette to port (with rod storage below).

The Viking 90 offers five guest staterooms, each with its own private head and shower, crew quarters with immediate access to the engine room, a pantry with an additional crew berth and a day head. Spanning the 23-foot, 2-inch beam, the owner’s suite boasts a king walkaround bed, a walk-in closet, a dressing table, a lounge area, a full-size credenza under a bulkhead-mounted 65-inch HD TV and his-and-hers private facilities with separate access.

Miami 2023 Debut
“Constantly looking to the future, we embarked more than a year ago on this design,” explains Pat. “It came at a time when international regulations would be taking effect that required Selective Catalytic Reduction (SCR) in the engine rooms of yachts with a ‘load line length’ greater than 24 meters.

“Understanding that suitable engine and SCR technology for this market was unavailable, the U.S. Coast Guard announced in March a three-year suspension of the regulations in North America. But the development of the 90, which does not require SCR, was already well underway and in 15 months we’ll proudly present the next flagship of the Viking sportfishing fleet.”

The Viking 90 will make her world premiere at the 2023 Miami Yacht Show.