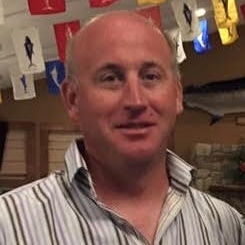 Jeremy Blunt first developed his interest in the boating and sport fishing world while working at Stoney Creek Bridge Marina in Baltimore.  His time at Stoney Creek led to getting valuable experience running boats around the marina and acquiring general knowledge of boats in general.

After a few months, Jeremy procured a job with the mechanic who worked on boats at the marina.  He helped him haul out, block and winterize all the boats for the winter; learning everything from handling boats from their slips to the boat ramp to general mechanical systems while winterizing.

He fell in love with offshore fishing when he went tuna fishing for the first time upon his arrival in Ocean City and worked that summer at the Ocean City Fishing Center as a dockhand.

He worked as the captain on several charter fishing boats and then began his broker career in 2007. Jeremy Blunt, in addition to a sales professional, is a tournament winning charter captain out of Ocean City. This gives Captain Blunt a unique perspective and experience that translates into the right deal for your dream on the water. Jeremy joined Bluewater in 2014 and works out of our Ocean City, Maryland office.

He helped me in every way imaginable to make my buying experience with your company outstanding. He had nothing but good things to say about your company and was above and beyond helpful ...
Read More