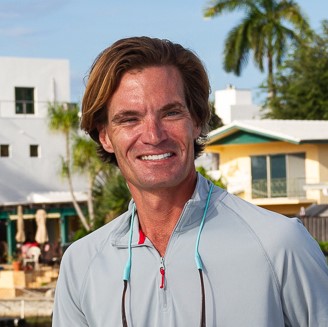 Matthew Morrison was born and raised in Elizabeth City, North Carolina, and spent his childhood years fishing, crabbing, sailing, surfing & wakeboarding on the waters of the Albemarle Sound and the Atlantic Ocean. Upon graduating from a public high school and being honored with the North Carolina Scholar Award, Matthew furthered his education at Hampden-Sydney College. While a student there, he participated in intramural sports, was a member of the Sigma Alpha Epsilon fraternity, and earned a bachelor’s of arts in history.

In 2007, Matthew returned home to Elizabeth City, NC, and went to work for Regulator Marine as an IT, Marketing, and Business Development Manager. In 2011, Matthew moved to Florida to take a job in a similar capacity. However, Matthew soon realized that his true passion was in sales and became a licensed and bonded yacht and ship
salesperson in 2013.

By 2014, Matthew was Beneteau’s Sailboat rookie of the Year. Thereafter, his success continued in both 2015, 2016, 2017, 2018, 2020, and 2021 model years while being honored with the prestigious Beneteau Top Gun Awards. Additionally, he’s been a multi-year recipient of Denison’s Top producing new boat salesman as well as a nominee for
the International Yacht Broker’s Sailboat broker of the year.