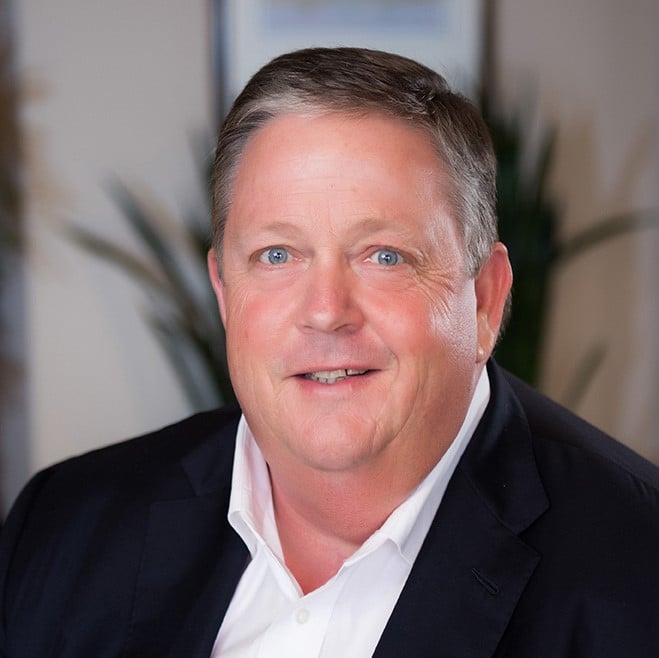 Back to Team
Randy Ramsey is a Bluewater Yacht Sales principal. Randy and Dan Reitz founded Jarrett Bay Yacht Sales in April 2003 and together led the merger of their organization with Bluewater Yacht Sales in 2012. Randy Ramsey is also the co-founder and President of Jarrett Bay Boatworks in Beaufort, North Carolina, and is involved with the day to day operations of this world-class leader in custom boat building and repair. He has been involved in almost every aspect of the boating and fishing industries throughout his life – from running a charter fishing operation in NC, co-founding the successful Harker’s Island Sportfishing School, working as a marine surveyor for various underwriters, and today heads up one of the industry’s most highly respected custom boat manufacturing and service facilities within the 175-acre Jarrett Bay Marine Industrial Park located on the Intracoastal Waterway.

Randy lives in Eastern North Carolina and is a very active member of numerous local and regional boards. Most notably, Randy has served on the Big Rock Blue Marlin Tournament’s Board since 1987, serving as president for two terms. He also serves on the American Boat Builders & Repairers Association, Hatteras Marlin Club, West Town Bank, The North Carolina State University Student Aid Association (Past Member), a past member of the North Carolina State University Board of Trustees, and in 2017 he was appointed by the NC General Assembly to the UNC Board of Governors that oversees the state’s public university system – one of the top-performing in the nation. He now serves as Chairman to the UNC Board of Governors with a full two-year term through June 2022. Randy and his wife Tiffany are avid boaters and enjoy participating in billfish tournaments together on their boat Starflite.