Over the years we have seen countless boaters overjoyed to take their new boats out for their maiden voyages. We don’t, however, see many people make their first trip a 900-mile solo run down the East Coast. For new Bluewater customer, Dave Marston, that was exactly what he had in mind. After purchasing his 2013 Jarrett Bay 32’ Center Console in Beaufort, North Carolina, Dave had a tough choice to make: he could either have the boat loaded and shipped to Fort Pierce, Florida or he could pack his gear and make the trip down the coast. He picked the latter, remarking, “I thought it would be more fun to make the run than have it transported!” 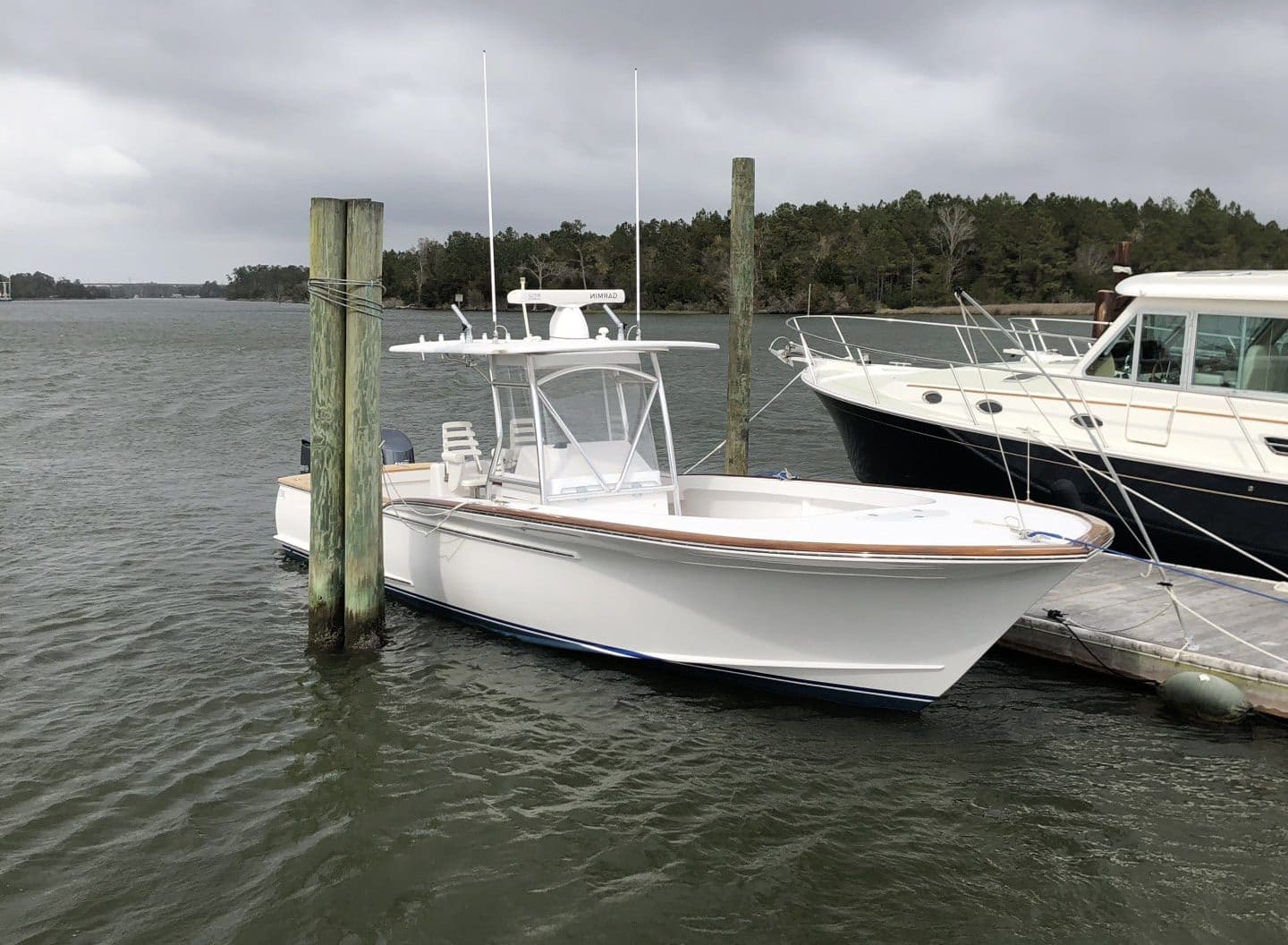 When asked about the process, Sales Professional Daryl Brower explained, “He called about the listing on a Friday afternoon, flew in to sea trial on Tuesday afternoon, and everything was rolling by Saturday. David is a make-it-happen kind of guy!” In the final stages of the purchase, after everything was quickly taken care of on the survey punch list, Dave shipped his gear up to Daryl, and he got it ready to go. “Daryl was great in helping me get everything together throughout the entire process. When I arrived to take delivery, he had fenders, lines and everything I needed…[he] even helped me return my rental car so I could get underway earlier” recalled Dave.
On the day before Easter, Dave loaded up his bags and shoved off from the docks at Jarrett Bay Boatworks and began his journey. The weather was far from beautiful on that first day, but with several of these trips under his belt, Dave was able to make it inside of the Masonboro Inlet, and back out again around Bald Head Island. He pushed on through the waves, and made his way into South Carolina, making a stop in Georgetown, and finally ending the day in Hilton Head. Despite mother nature, Dave said, “the boat ran great inside and out and was a treat to run.”
After a short night of rest, he resumed the final half of the trip from Hilton Head to Cape Canaveral. Originally, the plan was to make some stops down the Florida coast, but when the time came, he just kept adjusting the GPS farther and farther South. Before he knew it, he was passing alongside Jacksonville, and was well on his way home. The perfect Easter weather significantly shortened the trip and allowed Dave to make it home in the late morning on Tuesday, April 17th. Once he made the final stop in Fort Pierce, he was home, and could finally look forward to enjoying his Jarrett Bay for fishing Florida’s coast and making those Friday afternoon trips to the Keys. 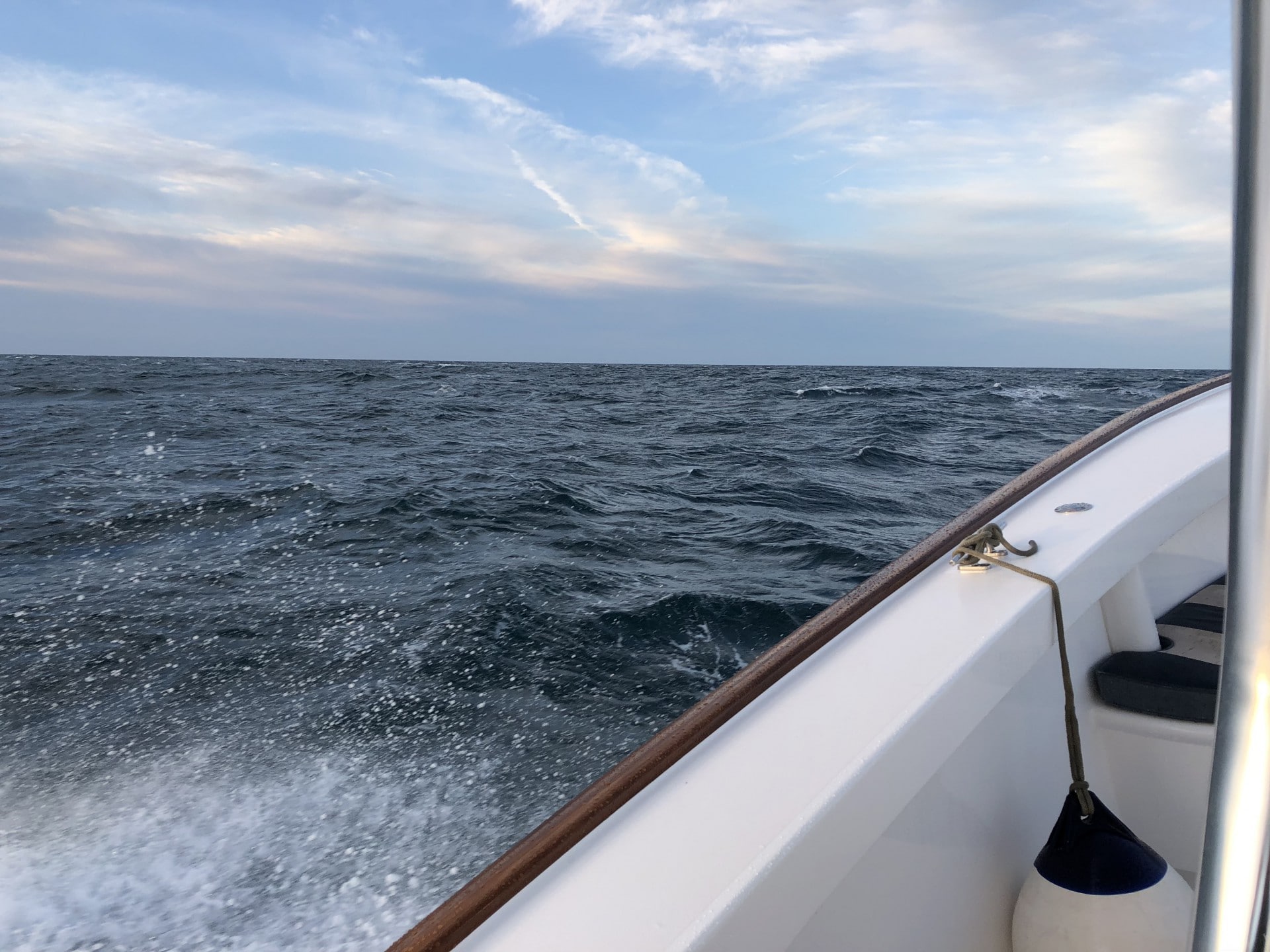 Only a few weeks into ownership, Dave is getting plenty of time on his new center console. “I’ve fished it three times so far and loaded up on Blackfin Tuna each time…I found the perfect boat for me, and [Daryl] was a great guy to buy it from.” 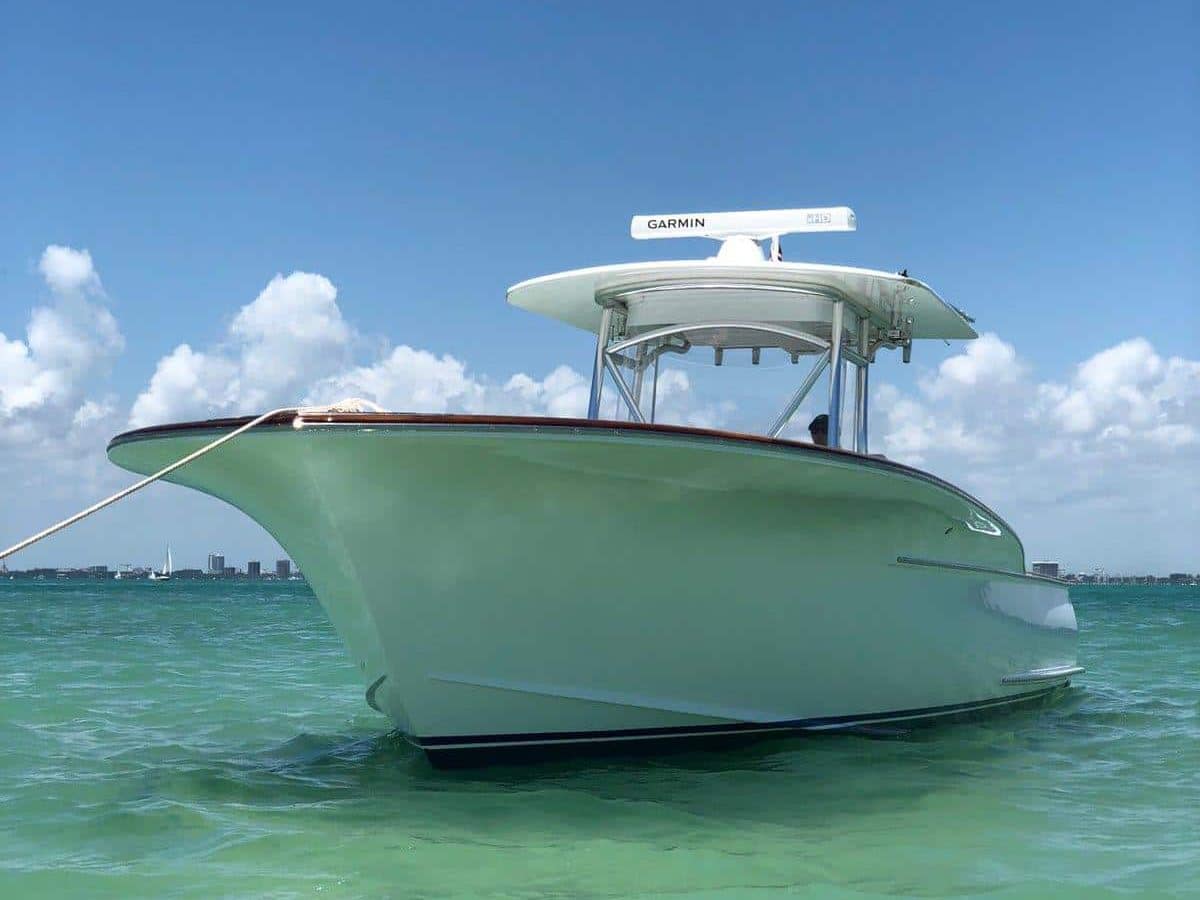 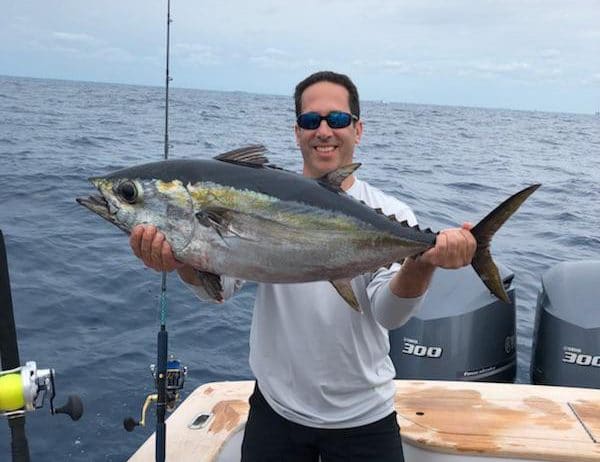 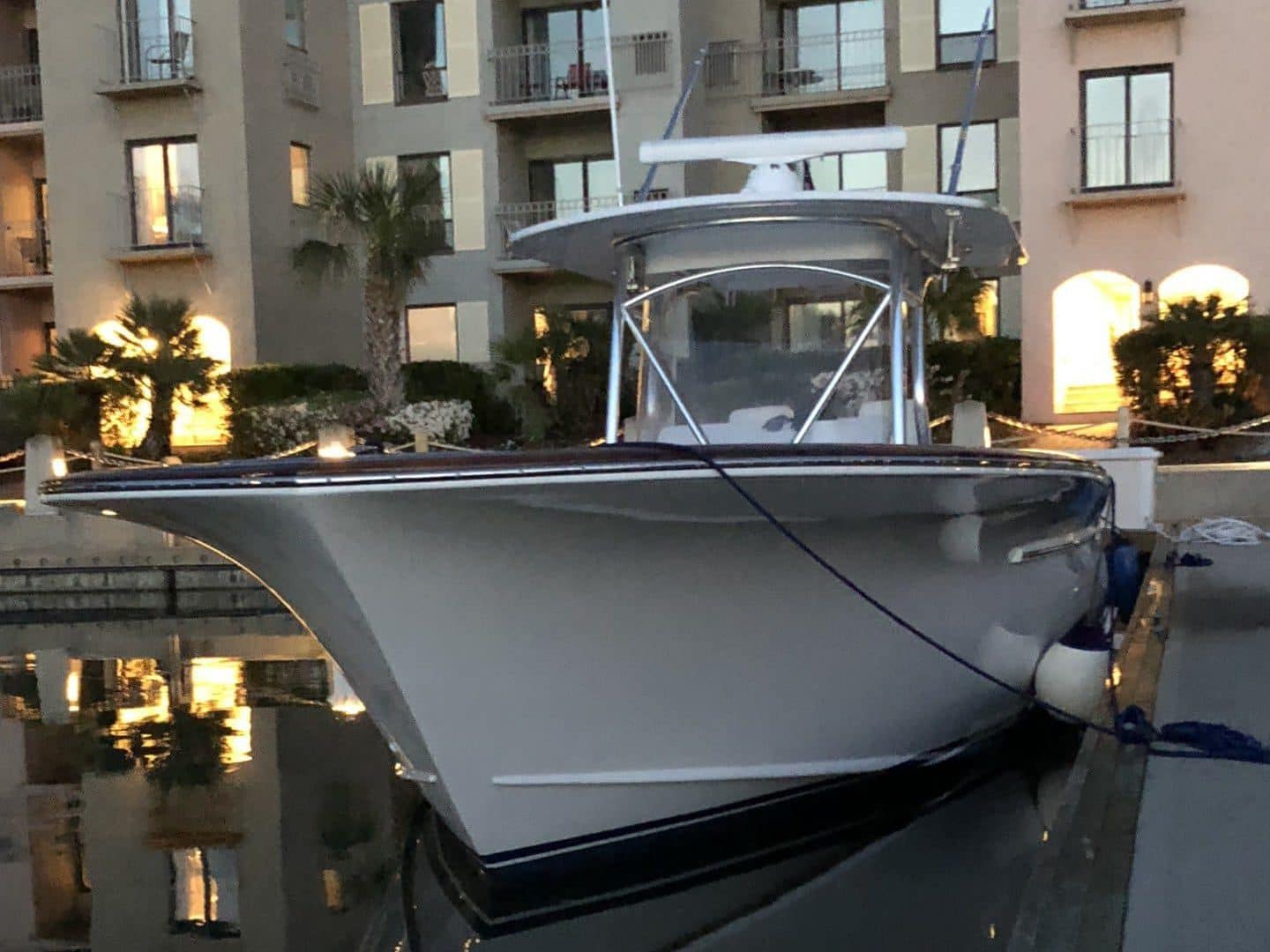