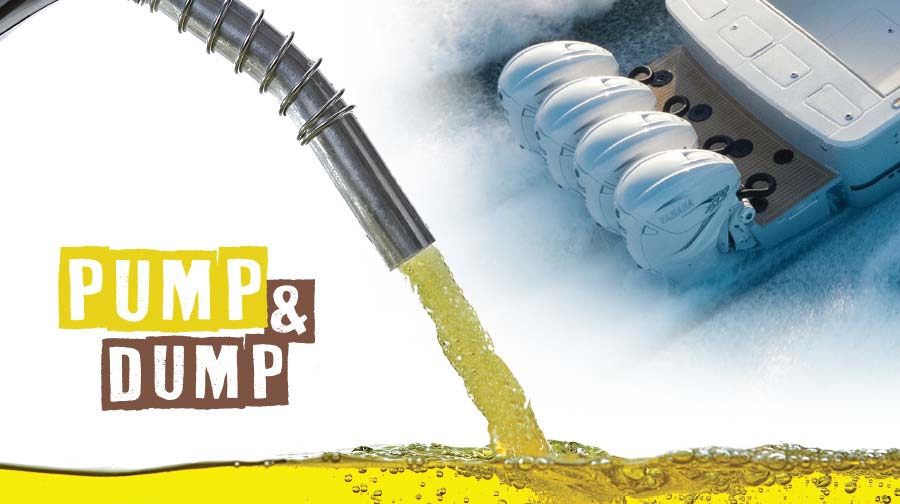 Nothing wrecks a day on the water like an engine that refuses to start or runs poorly and can’t build RPMs. Whether you’re running a high-powered center console, an older inboard, or just trying to get the tender back up and running, poor fuel quality can be the culprit of unfavorable operating conditions or even an engine that flat out refuses to turn over. Even the newest engine technology and components can’t mitigate the ill effects of tainted fuel, so let’s discuss some of the ways an operator can lessen or even eliminate these issues.

Something that has been looming on the horizon and coming in and out of the headlines for the last several years is the introduction of higher concentrations of ethanol blended gasoline. Claims of pump-ready fuels blended with anywhere from 15%-30% ethanol (popularly known as E15 and E30) are now trickling out to gas stations who are willing to adopt the higher blends. Dozens of organizations including the NMMA have lobbied the fight against these higher concentrations due to concerns of further engine damage for boats, other small engines and even automobiles produced before a certain model year. However, battles have been lost along the way and legislation has pushed these higher blends through different approval processes allowing their adoption.

For ethanol blended fuels, the ethanol attracts moisture which becomes more problematic in humid climates like the all-season boating state of Florida. The more water the ethanol attracts, the heavier it becomes until a process known as phase separation occurs, which breaks the bonds of the gasoline and ethanol, allowing the ethanol and water to settle at the bottom of the fuel tank. This can cause rust in a metal tank along with the softening and breakdown of unprotected fiberglass tanks. Additionally, ethanol that phase separates and is left to sit in a tank or within the fuel system will form a heavy brown skin that can cause filter clogging, pump and injector failures or worse. Although aluminum fuel tanks will not rust, they are not immune to the heavy brown sludge that forms from the ethanol in fuel.

Due to the known issues with ethanol blended fuels, many marinas choose to only dispense non-ethanol gasoline, but that’s not always the case. Sticking to only marine-grade fuel in your boat can go a long way in warding off the gas gremlins, but that’s easier said than done in some regions. 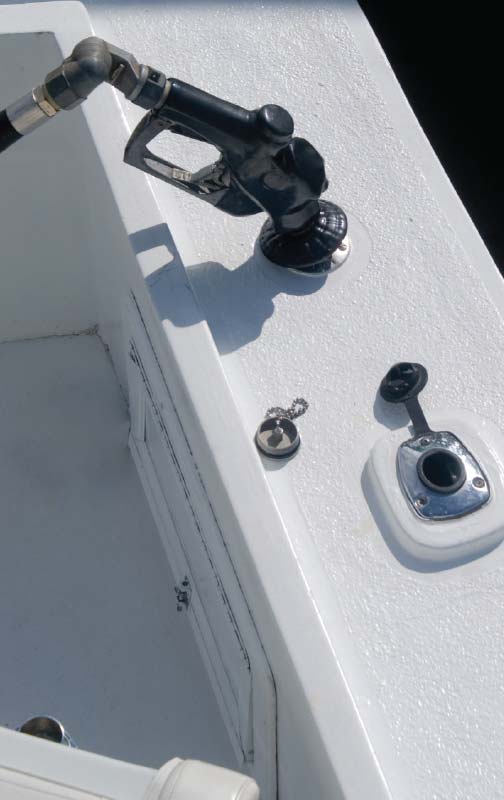 ..non-ethanol fuel can still cause issues in all types of gasoline engines…

Additionally, non-ethanol fuel can still cause issues in all types of gasoline engines, including marine inboards and outboards. According to Sunoco’s Race Fuel division, lower octane fuels will degrade much quicker than higher octane fuels due to the presence of unrefined hydrocarbons. For example, 87 octane fuel which is allowed to vent to atmosphere will lose vapor pressure allowing hydrocarbons to evaporate causing the fuel to go stale quicker. Even fuel that is stored properly in an air tight environment can go stale within 3 months.

This is bad news for boats that are not run often or are stored for a season.

A Bit of History on Blended Fuels

The early 2000s saw several fronts of concern and issues collide to create a massive storm that resulted in the development of the Renewable Fuel Standard (RFS). Rising crude oil costs, America’s dependency on foreign oil, widely adopted theories of climate change and other circumstances helped drive the need for alternative fuel blending. Corn, a staple crop in the United States that is easily grown in a broad region was chosen as the main source for creating alternative fuels through a fermenting and distilling process that creates ethanol (much like how moonshine is made).

Once a technique of blending corn-based ethanol with gasoline was perfected, testing was initiated to determine its safe and practical use. By 2007, E10 (10% ethanol / 90% gasoline) was widely available at most filling stations throughout the country and within a couple years it became increasingly difficult to find a gas station that still carried pure ethanol-free gasoline. It didn’t take long for issues to start appearing in a variety of engines and so the ethanol blended fuel debate became quite a contentious issue in the U.S. 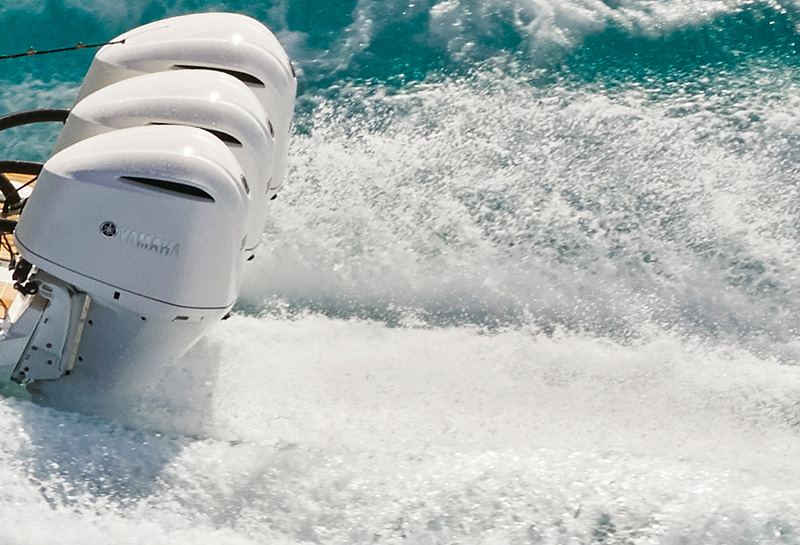 A fuel tank storage bulletin released by BP details how the light components in gasoline are lost first as the fuel sits in the tank, which affects both mixture and octane rating. These light components provide valuable benefits during cold start but if they are absent, then the density of the fuel increases which alters the fuel to air ratio resulting in hard or failed starting. Furthermore, this degraded fuel has shown to cause piston damage in high revving 2-stroke and 4-stroke outboard engines.

These issues with gasoline instability and the known dangers of ethanol blended fuels have given rise to an ever-growing market of fuel conditioners and stabilizers. Many engine manufacturers, including Yamaha, recommend using marine-specific fuel stabilizer in every tank of fuel. Research has shown that today’s ethanol blended fuels and lower octane fuels can begin deteriorating within 15 days depending on air temperature and humidity. Marine engine builders advise installing a water separator for each engine and to keep extra filters on hand for quick replacement in the event of clogging or filter failure. Additional fuel filters, water separators and high-quality fuel stabilizers and conditioners are relatively cheap insurance for your engine(s).

While a quality fuel stabilizer is key in maintaining and prolonging fuel quality, it is important to realize that even the best conditioners and stabilizers will not prevent phase separation or component evaporation if fuel is stored for long periods of time. Furthermore, degraded and stale fuel cannot be reversed or brought back to original quality by dumping extra additive or stabilizer in the tank.

Bottom line, if you suspect the fuel in your tank is too old, un-stabilized or emits a foul odor, have it drained completely and fill with fresh, stabilized gasoline before trying to turn the engine over. If the fuel level is lower than half the tank, BP suggests topping off the tank with fresh stabilized gasoline if draining the fuel tank would prove too difficult. The addition of fresh volatile compounds will help mitigate cold start issues and help to combust the older fuel that has now mixed with the fresh fuel.

No matter what type of boat you own or its engine configuration, the bottom line is to stay vigilant when refueling. Whether you’re trailering to a road-side gas station or pulling up to a local fuel dock, be careful to select the right grade and always top off the tank with a quality fuel stabilizer in the recommended ratio. A quick second glance, some extra filtration and the recommended amount of fuel treatment will pay dividends to the longevity of your gasoline powered engines. 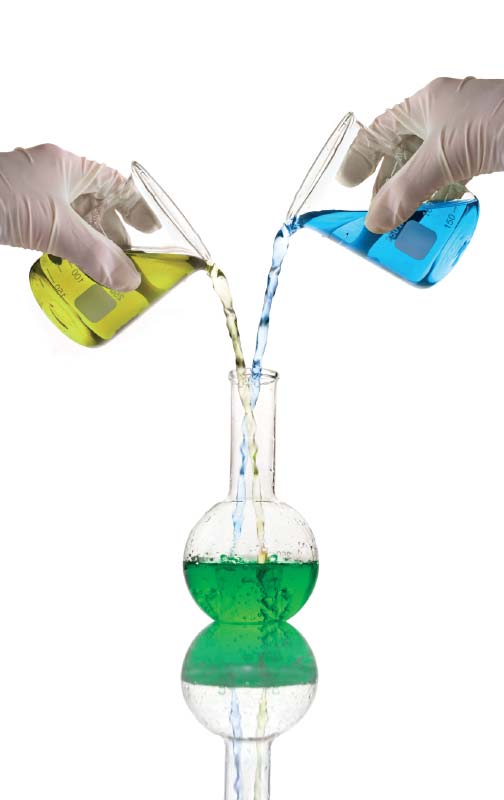 The U.S. Environmental Protection Agency (EPA) Administrator, Andrew Wheeler has signed the finalized action that will remove the key regulatory barrier to using gasoline blended with up to 15% ethanol (E15) during the summer driving season. This new rule applies a waiver to the long-standing Reid Vapor Pressure (RVP) rules that prohibited the sales of E15 from June 1st to September 15th, due to concerns of excess smog pollution from the higher blend in the heat of summer.

While this change may seem trivial at first, the 3.5-month ban on dispensing E15 caused poor adoption rates at filling stations. Without limitations in place, E15 will become more widely adopted nationwide. This also represents a gateway to the possibility of E10 being phased out and replaced with E15 – another alarming scenario that marine organizations are aiming to fight against.

Now, more than ever, boaters and watersports enthusiasts must be on high alert when refueling their vessels. Even the use of stabilizers and fuel conditioners cannot mitigate the potential for fuel system failure and possible engine damage when combusting fuel with blends higher than 10% ethanol. Major marine engine manufacturers including Mercury and Yamaha have released statements concerning voided engine warranties if it is determined that poor fuel quality was the cause of engine or component damage.

Stay vigilant at the pump, and whenever possible, pump ethanol-free fuel!