Winning one of the Biggest Marlin Tournaments in the World is a Hometown, Family Affair for the Wagners

Inspiration and her crew aboard this 55’ Jarrett Bay are no stranger to the winner’s circle, especially at their hometown event, the Big Rock Blue Marlin Tournament. After bringing in the 2nd place fish in the 2012 tournament, Inspiration came roaring out of the gates on day 1 of the 2014 event. Captained by owner/operator and former Big Rock chairman, Casey Wagner, the Inspiration team spent five and half grueling hours fighting a fish they hooked at 9:47 am. Nearly one half hour after “lines out” was called at 3 pm, the battle finally ended with a blue marlin measuring 129 inches in fork length occupying the salt-caked cockpit.

By the time Inspiration made the journey inshore and arrived at the weigh station, the docks were crawling with hundreds of people eager to watch the massive fish be hoisted from the boat. Weighing in at 754.3 pounds, this catch is the largest blue marlin the Big Rock Tournament has weighed so far this century and the third largest in tournament history. The scene at the weigh station quickly turned electric as local captains, tournament regulars, and the mass of spectators on-hand congratulated the Wagners and crew. Several poignant moments resonated as the Wagner family and their friends took in the moment and reflected on Casey’s late wife Keli, for whom the Inspiration and Keli Wagner Lady Angler Tournament were christened. 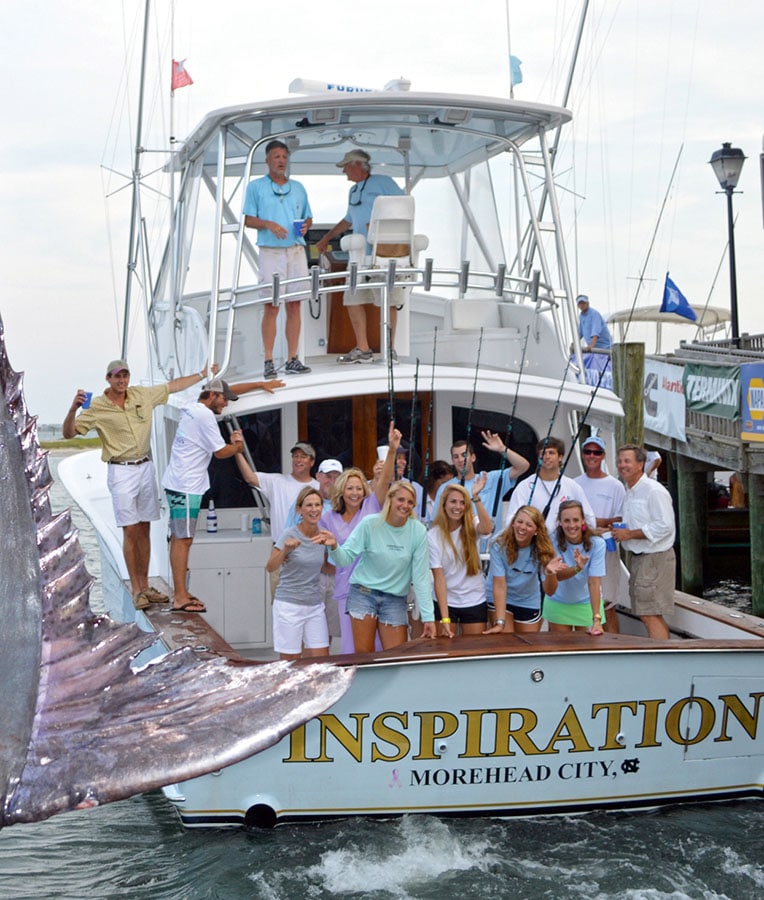 After weighing their catch so early in the tournament, Wagner, angler Bruce Brown and crew fished and waited on pins and needles throughout the next 5 days. Ultimately they weren’t able to exhale until competitor Tidal Volume released their fish after the lines out call on Saturday—six days later. “Finally,” Wagner exclaimed, “Winning the Big Rock is something that we have aspired to and worked toward for a long time. Everybody that was on the boat… we’ve been friends since college. To have that entire crowd together and (my son) Cole as the mate… it’s just incredible.”

Winning the Big Rock tournament is an incredible accomplishment for any team, but kudos to the Inspiration for doing it with their closest friends and family by their side —and rallying the entire community in the process.