In response to heavy demand for their largest models and a surging “mega” center console market, Jupiter Marine has launched their new flagship: the 43 SF. Consumer interest has been undeniable. Before this brand-new model made its debut in Florida, Bluewater had already sold four!

Bluewater Sales Professionals Bob Hoste and Jud Black have each been responsible for selling two of those new builds and were some of the first souls to demo hull one during the Miami International Boat Show. “First of all, unlike a lot of boats in this class, the 43 is very cleanly designed, and the use of space is impressive,” Hoste says. The sea trial included running in every direction in the Gulf Stream with an opposing 18 knot NE wind—the makings for a classic winter sailfishing day— modestly described by Bob as a “light to moderate” chop. “Even the Jupiter guys were impressed by the ride.” He adds, “the down-sea tracking was incredible, and the boat rode super smooth and dry.”

An experienced Northeast and Outer Banks commercial fisherman, Hoste was clearly surprised. “I’m generally not an outboard guy personally, but this boat’s sea-keeping was really impressive to me.” He continues, “It steered effortlessly and sure accelerates in a hurry with the quad Yamaha F300 V6 engines.” Colleague Jud Black notes that a 40-foot center console is nothing new, but Jupiter has done an outstanding job at making the best possible boat in this class. He cites its great ride, high-quality build, and ergonomic layout in attracting a lot of serious attention both from serial boat buyers, and brand new customers. 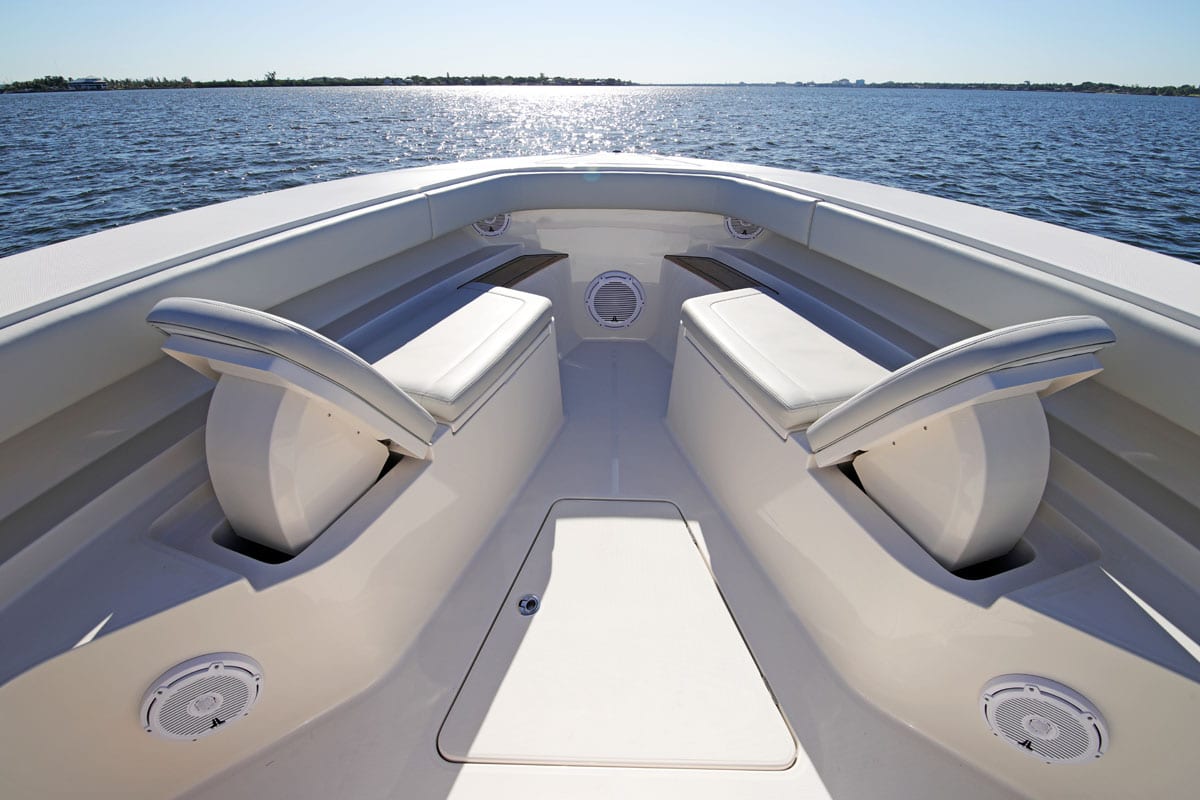 “The down-sea tracking was incredible, and the boat rode super smooth and dry.” 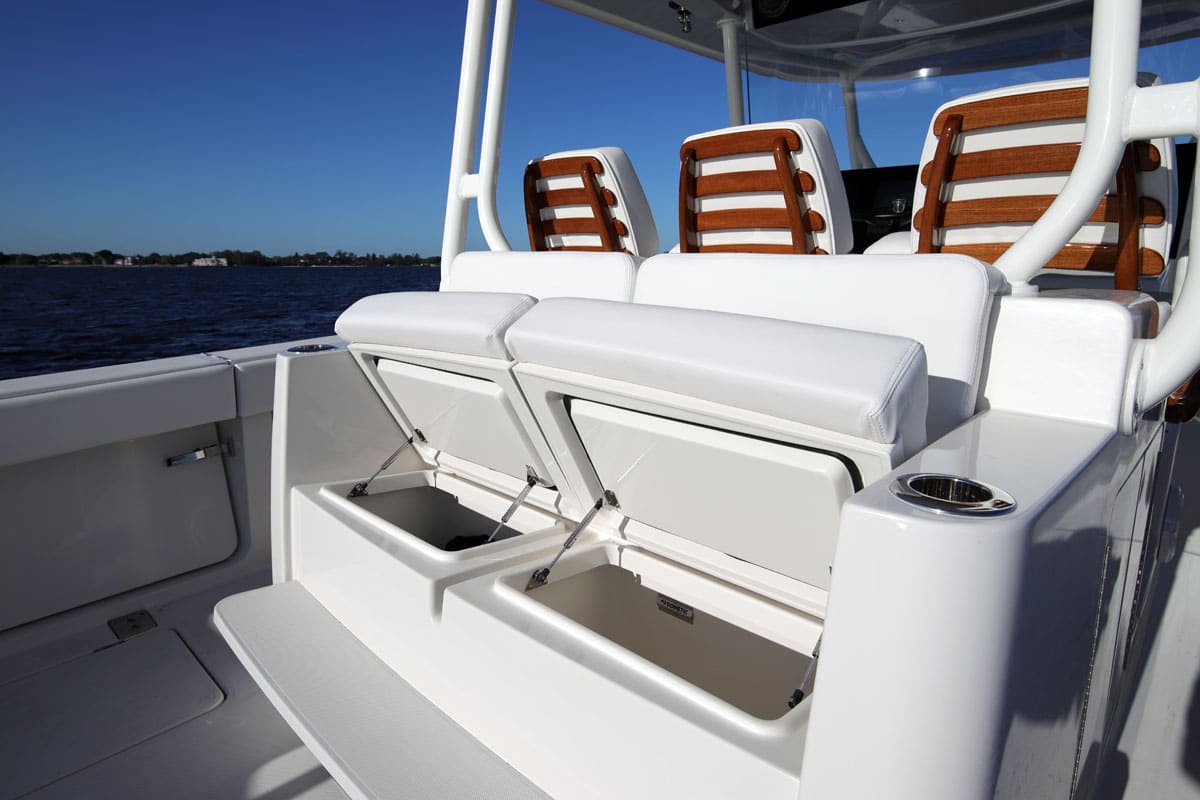 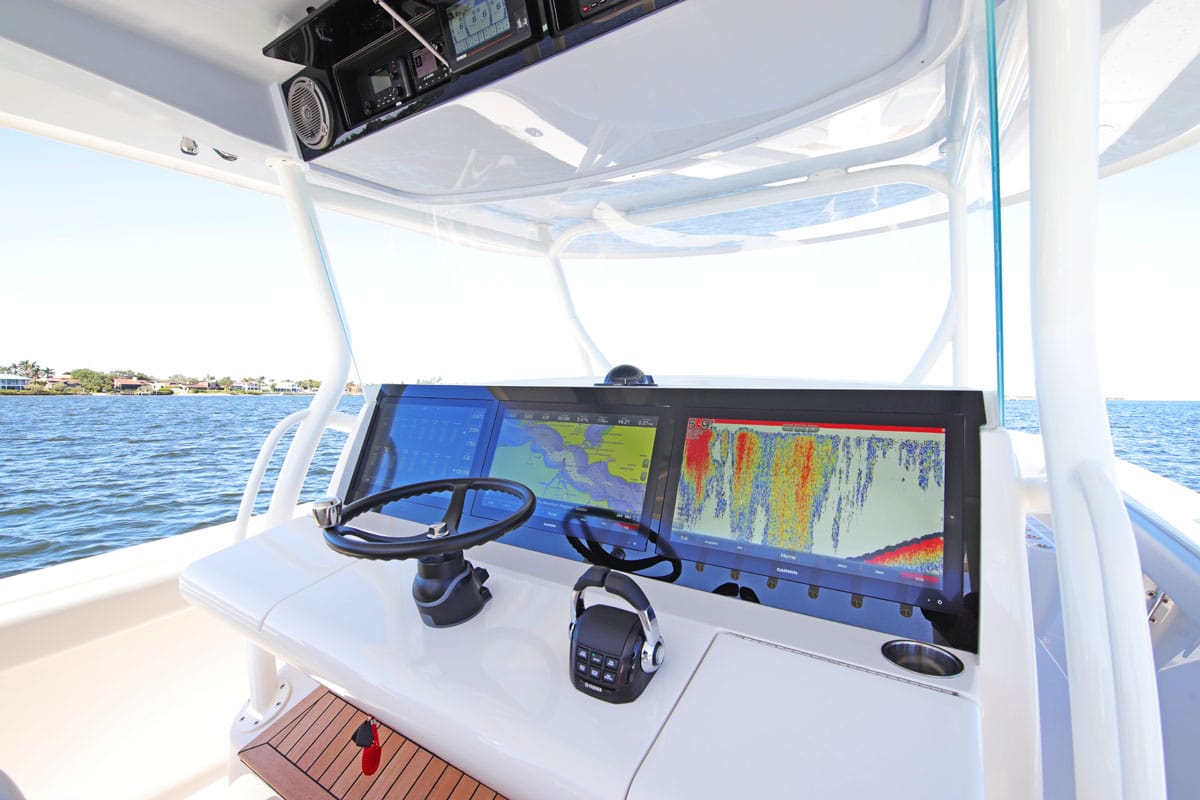 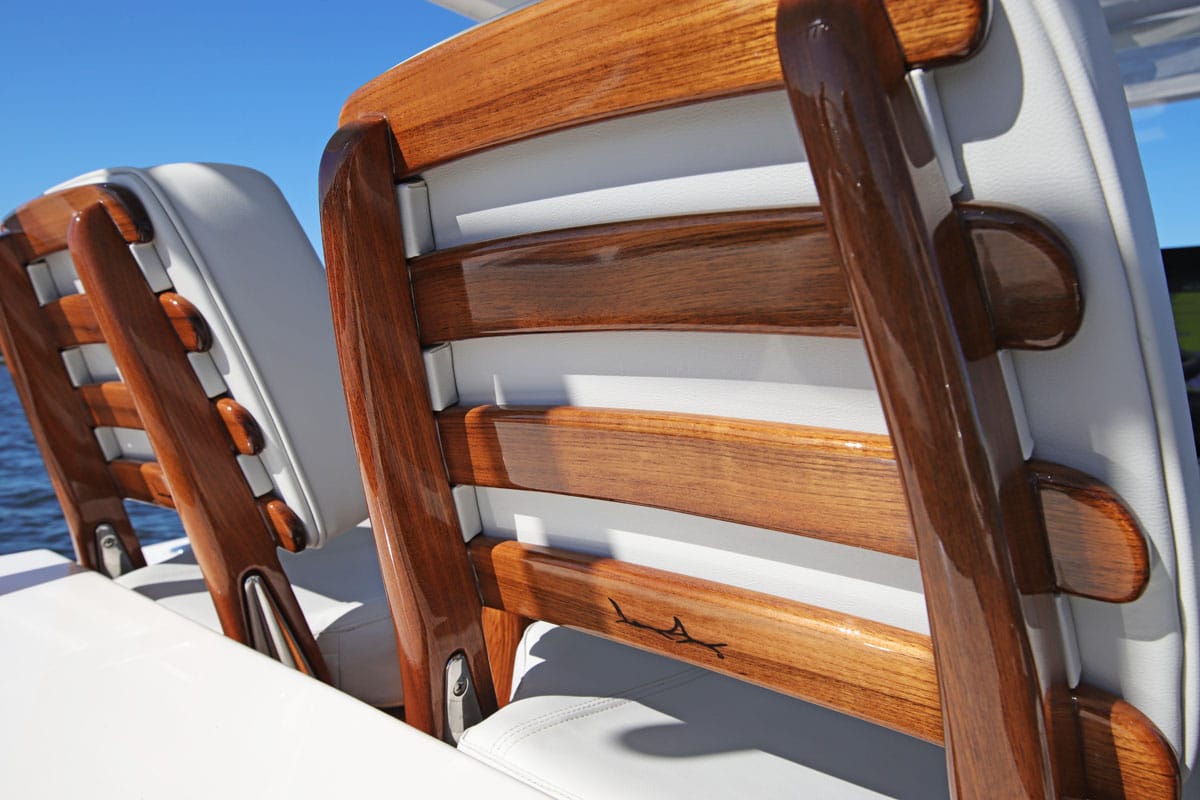 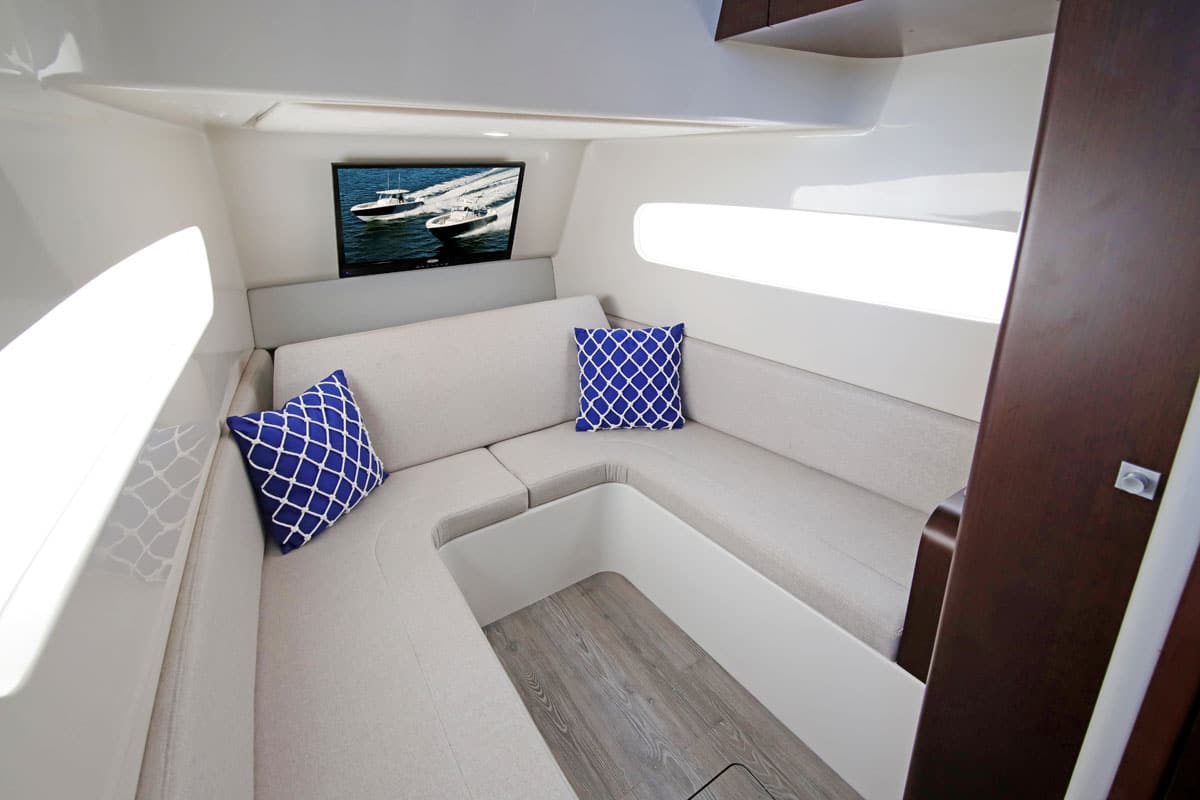 Hoste also spoke to the lengths Jupiter will go to in customizing boats for each owner. One of his 43SF customers, who also has a 90’ custom sportfish, didn’t hold back a single request when sitting down with the Jupiter team. Additional hardware, upgraded electronics systems, custom woodwork and appointments, and the optional Seakeeper gyro stabilizer. Jupiter is happy to accommodate customer requests on all of their models—often time-consuming side projects that other production center console builders shy away from. Black kicks in, “at Jupiter the answer is always ‘yes’ when it comes to customer customizations, the only specifics to iron out are cost and time.” 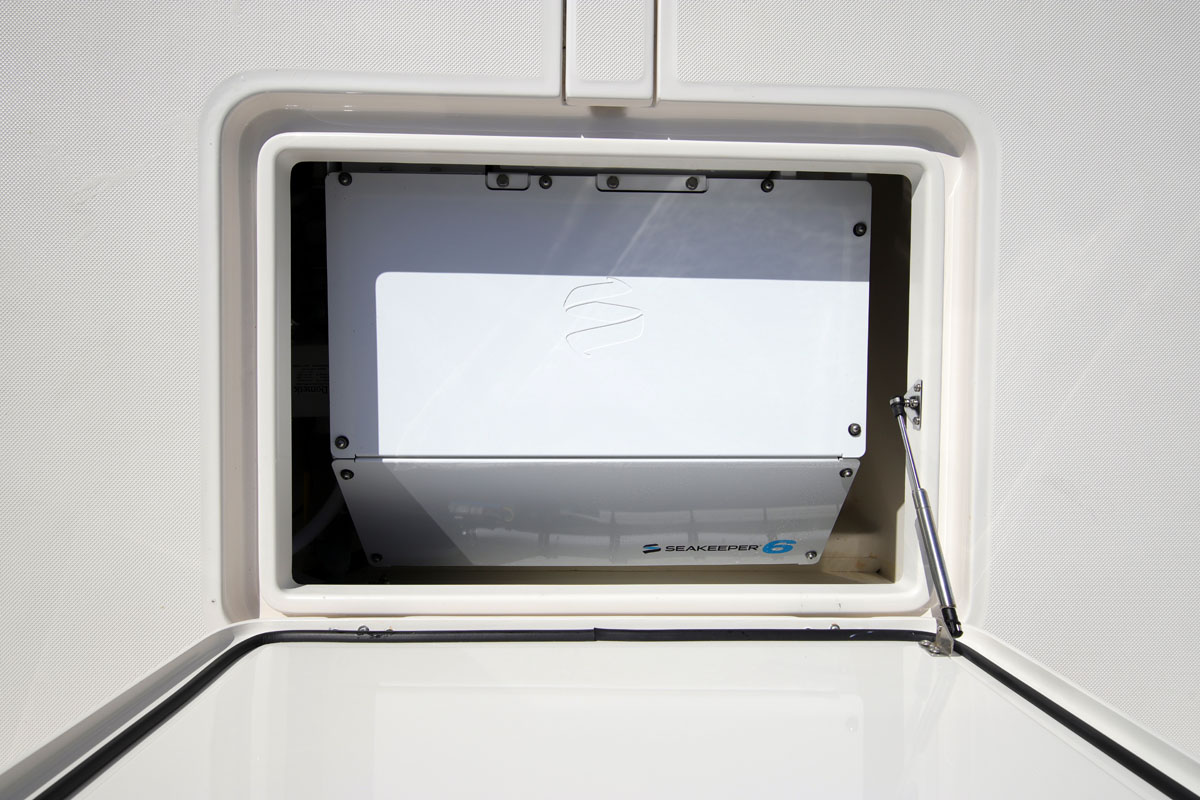 Seakeeper 6 Equipped!
With four of the first Jupiter 43s delivering to Bluewater customers, you can expect to hear more on these awesome new rides soon! For those interested in a first-hand taste of the 43’s performance, contact your Bluewater representative now for a chance to sea trial Jupiter’s factory demo. If you’re looking to make one your own, you’d better double-down on patience, because they’re already back-ordered well into 2019!