The first hour of the first day of the Big Rock Blue Marlin Tournament was more eventful than anyone had anticipated. Angler and Bluewater principal Earle Hall aboard the Viking 62 Convertible demo captained by Viking’s Brian Komer hooked a fish less than 20 minutes after “lines in” was called over the radio. After a short 40 minute fight, a massive blue marlin with a fork length of approximately 128 inches was hefted into the cockpit of the brand new Viking. Without delay, the captain and crew decided to return to Big Rock Landing to have their prize weighed, and proceeded to put miles behind them with the potent twin Caterpillar C32 ACERT’s churning out over 1,900 horsepower each.

With news spreading across Big Rock radio and throughout social media of this promising boated blue, crowds began gathering at the weigh station of the newly-refitted Big Rock landing in Morehead City. As the one o’clock hour approached, the Viking 62 could be seen entering the inlet. Excitement built as the brand new Viking rounded the dock – a boat which had only launched four days prior to this first day of fishing in the Big Rock Blue Marlin Tournament. 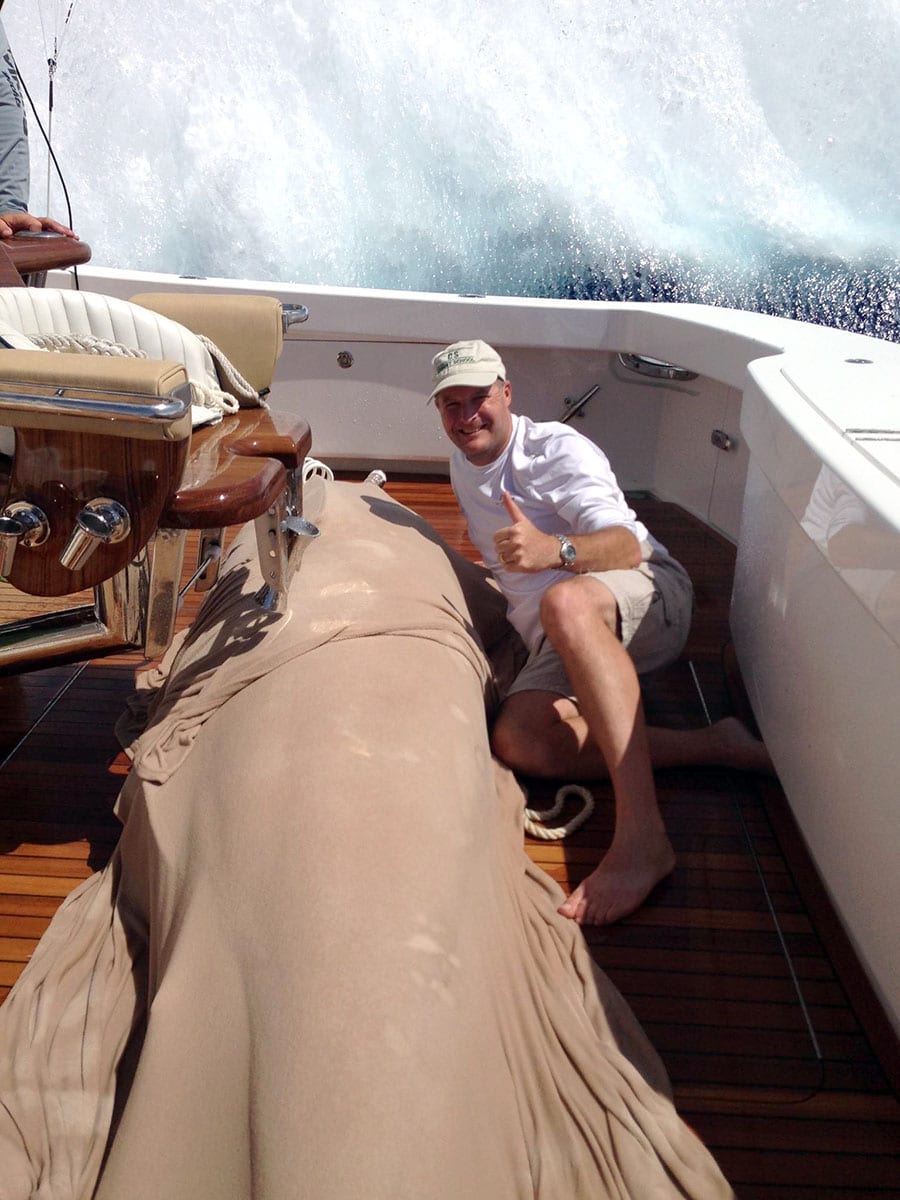 Dock lines were fastened and the coverings in the cockpit were removed to expose a massive blue marlin of considerable girth. She was hoisted out of the transom as the entire crowd lay silent. The weighmaster shouted out, “680!” and the crowd erupted into cheers as Earle Hall and fellow Bluewater and Viking crew members jumped for joy and celebrated with handshakes and hugs. 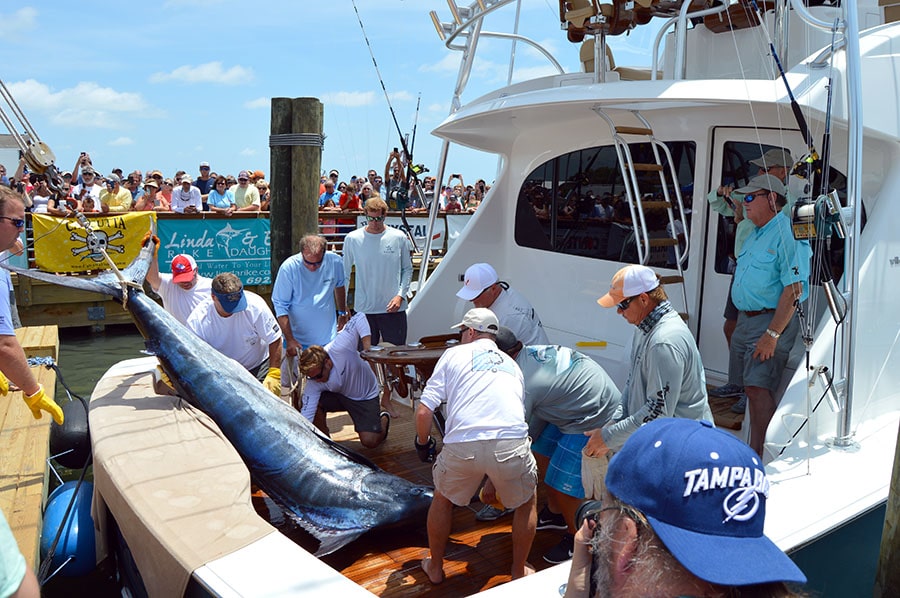 Setting the bar high on the first day did little to deter the optimism of the 149 boats fishing the 57th Annual Big Rock tournament – although a blustery day with rough sea conditions on Day 2 kept all but 4 boats at the docks – the action was hot each day with plenty of releases and several more blue marlin boated. Although, as of Day 4, none were big enough to unseat the 680 pound giant reeled in by Earle Hall and the crew aboard the Viking 62 demo.

Bluewater Sales Professionals Clark Sneed and Mark Connors were also fishing on the Viking 62 demo when this 680 pound blue was landed, and Mark Connors exclaims, “We only got to fish for 18 minutes but it was an incredible day nevertheless.”

This monster of a blue marlin held to the leaderboard strong for all six days of fishing during the tournament bringing a solid victory to the Bluewater team aboard the Viking 62 demo for all of the Big Rock Blue Marlin Tournament. Viking’s Captain Brian Komer along with his mates and Bluewater’s Earle Hall, Clark Sneed, Mark Connors and Scott James were present at the Big Rock awards ceremony to accept their oversized prize check totaling $560,500. The Bluewater family shares in the Big Rock Tournament’s motto of “Charity First” and plan to donate a portion of their tournament winnings to charity and local causes. A warm congratulations to Earle Hall and the Bluewater team for landing an impressive blue marlin and taking home first place in the 57th Annual Big Rock Blue Marlin Tournament! 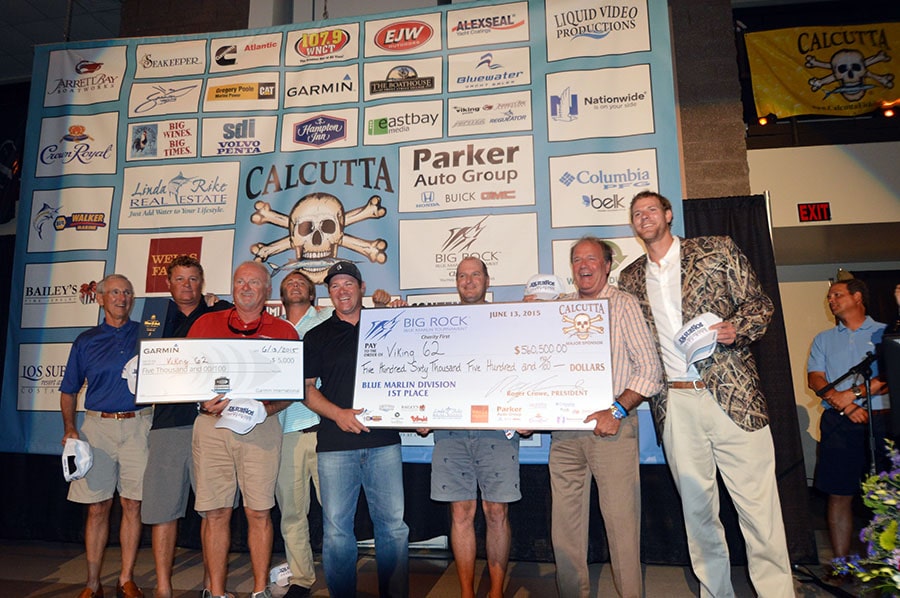