The Best Boats with the Best People

Bill Page’s 30 Year Legacy with the Healeys and Bluewater

With five new builds from Viking Yachts and a relationship with the Healey and Bluewater families that spans three decades, Bill Page is what you may call a boating enthusiast. Boating for Page began at a very young age in the DC area. But, once he experienced the Viking brand and got to know the family behind these iconic American-made yachts, there was no turning back. 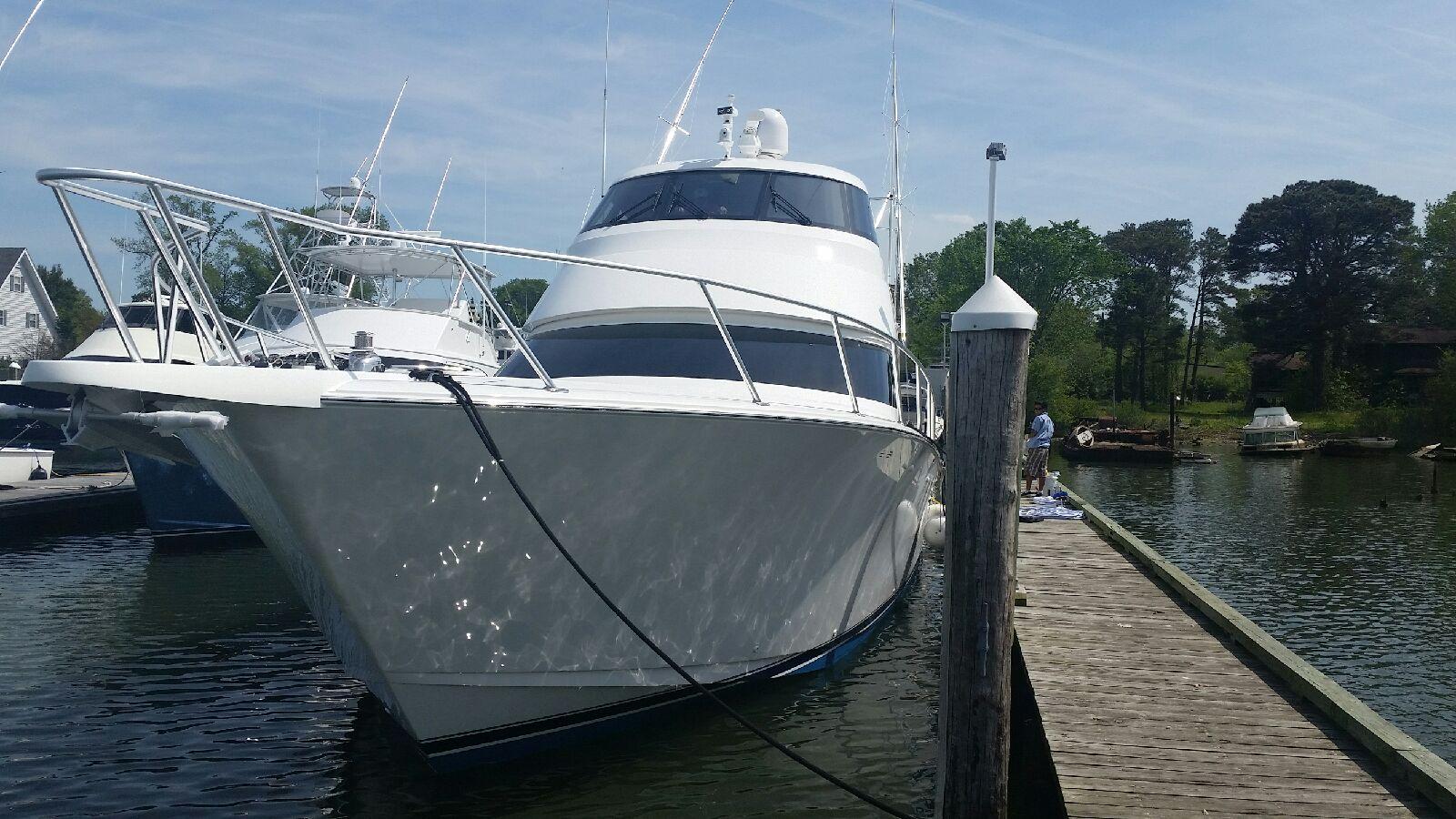 Vehicles to Vessels
Bill Page started working with his father at the age of 14 at the family car dealership that was founded in 1950. Growing up in the car business didn’t mean everything had to be about cars. Bill’s father also had a deep affinity for boating which he passed on to his children who continue the family legacy today operating 15 car dealerships from Maryland to Florida, while still enjoying the pleasure of boating.

Growing up around DC the Page family boats naturally launched from the docks of Annapolis. Bill recalls over a half dozen boats of different manufacturer and models on which he grew up and eventually owned in partnership with his father. This experience garnered him the opportunity to witness first hand the variety of strengths and limitations available on the boat market. Both in their car business and time spent boating, Bill Page enjoyed the benefit of an inherent grasp of best practices, witnessed emerging technologies and developed an appreciation for basic mechanical genius—and he liked quality machines.

With his background, Bill could spot success and saw it in Viking Yachts. So, in 1988 he bought his first, a 48 Viking from Bluewater Yacht Sales named Noel for his wife Mary Noel. Today he has a fifth Noel and states, “If I couldn’t have a Viking, I wouldn’t have a boat.” That confident loyalty began nearly 30 years ago amidst the bonding that occurred during the building of his first boat and grew through all the new builds since.

Building Relationships
The car dealership that started in 1950 flourished under their founder’s philosophy, “take care of the customers and employees and they will take care of you.” Bill Page still operates with this underlying philosophy today and has seen it at work with Viking and the Healey’s. Bill explains, “They are the best at what they do. They have the best engineering, the best of everything. From the Healey’s on down to the guys on the production line—they are the best. It’s incredible. Building a boat with them is one of the most enjoyable things I’ve ever done.”

When it came time to move up from the 48, it was 1992 and the luxury tax was taking its toll, wreaking havoc across the marine industry. Healey brothers Bob & Bill led an impressive counter against the luxury tax’s devastation and eventually prevailed with a full repeal of the tax. Working with Bluewater salesman Jud Black, Bill Page ordered a 58 convertible and it was likely one of the few yachts of that size built that year. Through the toughest of times, the relationship between Page and the Healey’s grew stronger and trust was simply going on one’s word.

Jud Black recounts that time frame, “I think Bill [Page] really enjoys the fellowship, the brotherhood he’s built with the Healey’s and the crew at Viking. That’s part of why he keeps coming back.” They soon built another 58, this time with an enclosed bridge. The family was dubious about it at first but quickly came to see the benefits of the protected arrangement, especially as the family grew. 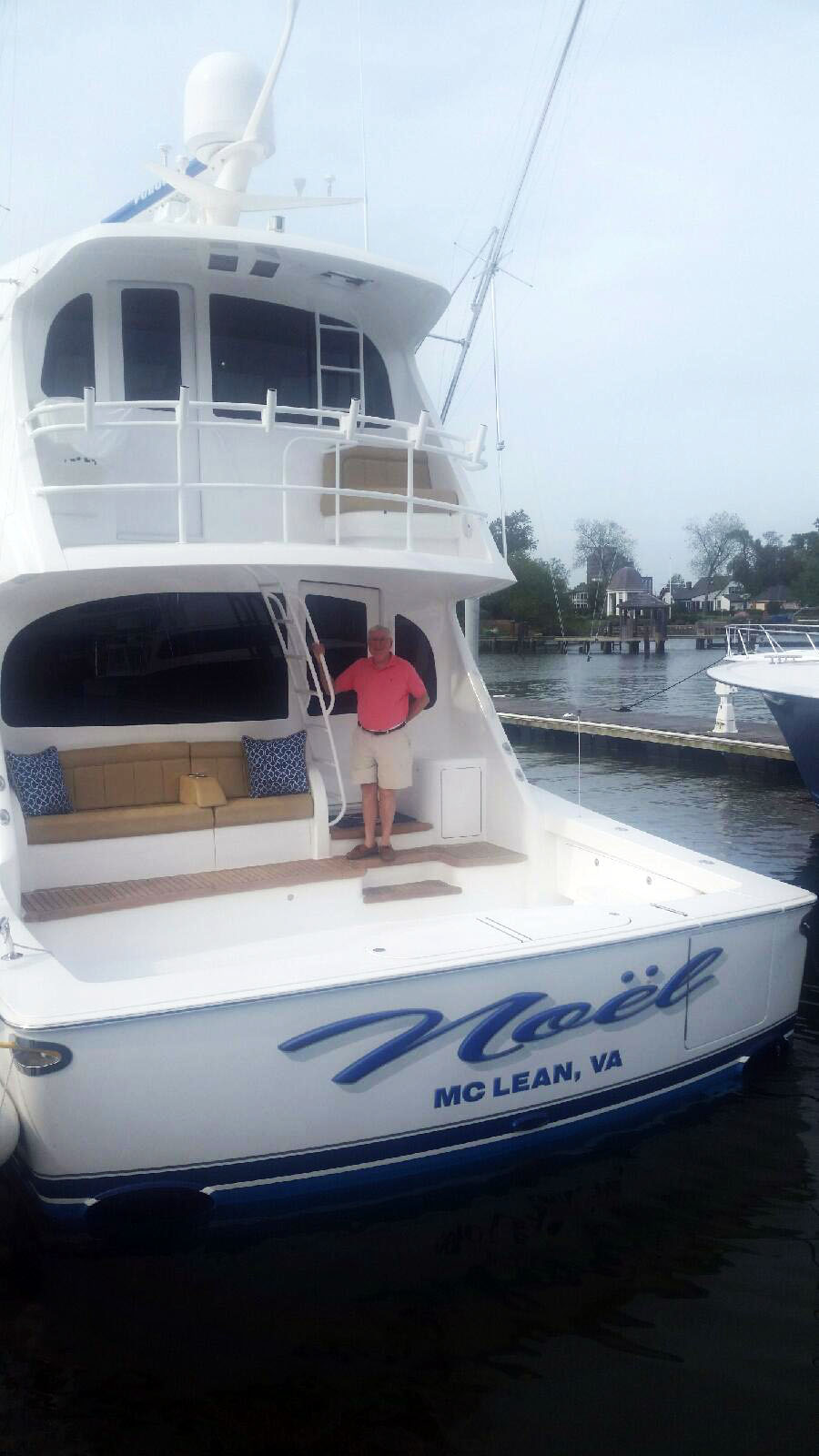 Livin’ the Life
Bill and Mary Noel’s son and three daughters continue to boat with them, now with kids of their own joining in on the fun. Their fourth Viking, a 61 also featured an enclosed bridge and continued to deliver more of the best of everything. The children and grandchildren enjoy boating around the Chesapeake Bay, visiting Annapolis and also cruising up the coast to Newport and Nantucket. To ensure the utmost safety in their family adventures, they even removed a bunk in one of the staterooms to accommodate a crib for his infant grandson who experienced his first visit to Newport at age 1-1/2.

But the Pages weren’t done yet. “I always say that if you want the latest Viking, you’re going to have to buy one every six weeks. They constantly incorporate all the latest technology and innovation and do it better every time.” Bill went to Jud Black once again and set out to build a 62 enclosed bridge. Bluewater’s service and refit experts in Hampton installed the teak mezzanine for his new boat. Once the boat was completed and back in Maryland, Mary Noel was able to apply the finishing touches to the final decor, and all the necessities of home that men sometimes overlook. She too has enjoyed the togetherness of the family aboard the new boat.

When asked why he chose to build a fifth new Viking Bill replied, “I just wanted a new boat with all the latest stuff, the latest electronics, the latest design.” Or, maybe he just likes to build boats with the Healeys. 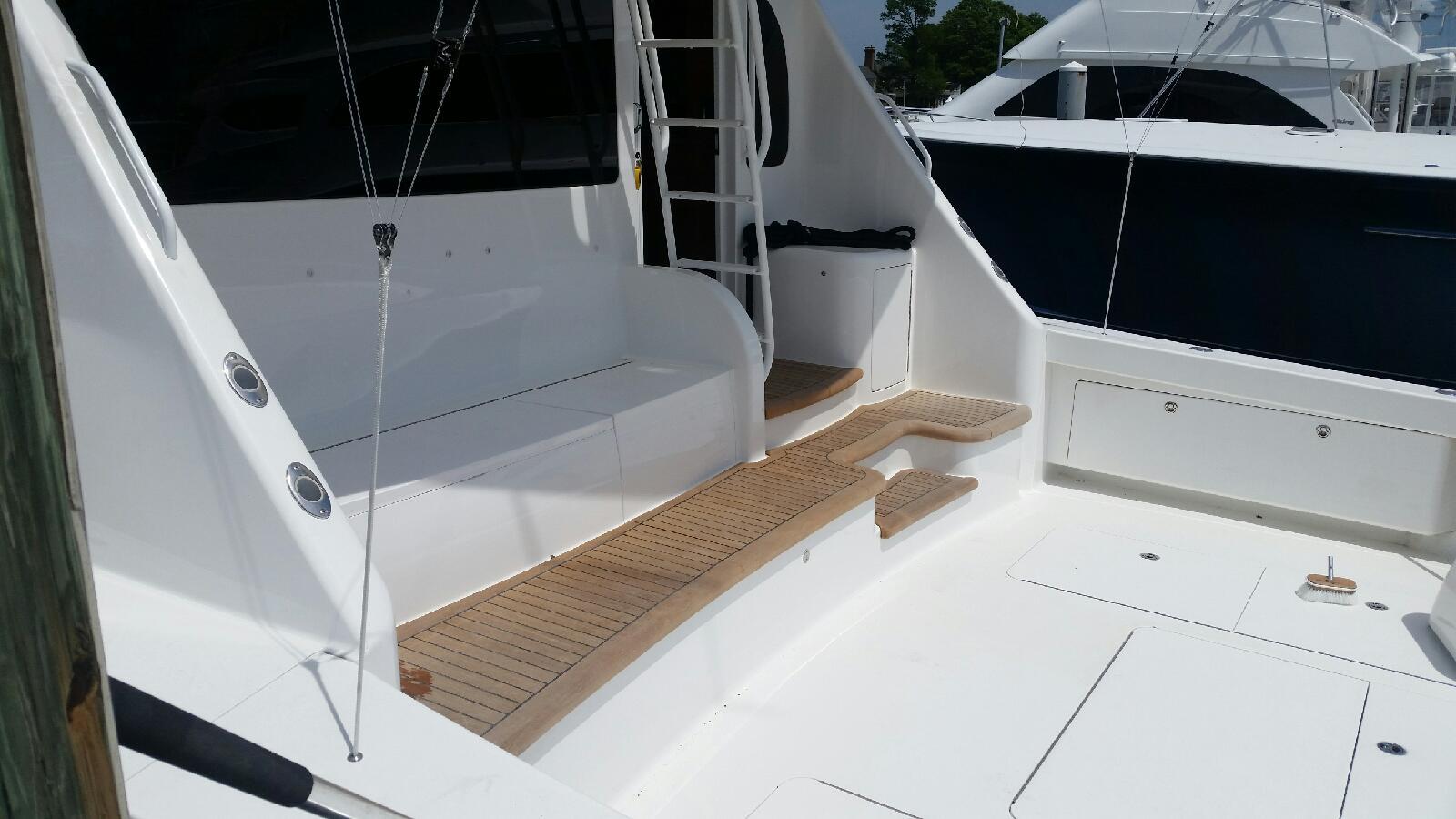