U.S. Brokerage Spotlight on the Southeast 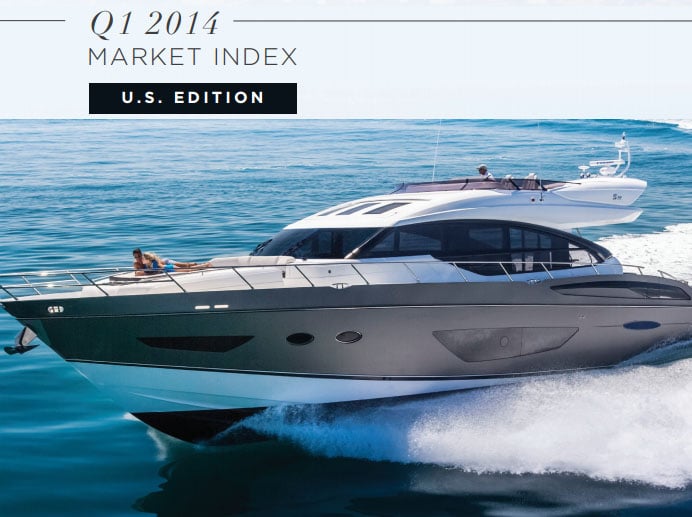 Bluewater Yacht Sales President Jan Boone had the opportunity to contribute her thoughts on the current conditions of the brokerage yacht market in the Southeast United States and Mid-Atlantic in the quarterly publication from Dominion Marine Media and YachtWorld from Quarter 1 of 2014. The full story follows:

Blame it on the bad winter weather, especially in the Southeastern U.S., or a shrinking inventory of late-model used boats. Whichever way you slice it, figures compiled by YachtWorld from brokers reporting in SoldBoats.com showed overall brokerage sales declined nationwide in the first quarter, ending March 31, 2014.

Brokers in the Southeast and Northeast took the brunt of the decline; a strong indicator that a round of strong winter storms hitting the region took a heavy toll. For example, sales of boats in January and February fell by 58 percent in Georgia, 49 percent in North Carolina and 35 percent in South Carolina compared with the same months the year before. While brokerage sales rose slightly in Florida during those two months and were up substantially, by 23 percent, in Virginia, they declined by even more in Rhode Island and Massachusetts, 32 and 28 percent, respectively.

Looking at the entire first quarter, the number of boats sold in the 25- to 45- foot size category also declined in the Southeast overall, especially in Georgia where unit volume was off by more than 40 percent from the 2013 first quarter. Sales in this size category in Florida were flat.

The bad weather also impacted the time it took to close deals. Average days to sale increased to 272 in the 2014 first quarter from 257 a year earlier.

“The weather has hurt us, as it is taking a lot more time to close these boats under contract; our surveys are prolonged due to inclement weather,” said Jan Boone, president of Bluewater Yacht Sales, which operates 10 brokerage locations in Maryland, Virginia, North Carolina, South Carolina and Florida.

She added that sales also took a hit from a decline in late-model used-boat inventories. “At some point, we knew that the lack of [new boat] manufacturing between 2008 and 2013 would catch up with less brokerage product available,” Boone said. “I think we’re starting to see that now. Luckily, Bluewater represents a number of new product lines as well, and this has offset our lack of brokerage product as people are buying new boats again.”

Even in the Northeast where brokers and their customers are more accustomed to bad winter weather, the heavy snow and extreme cold had an impact.

“First quarter sales results were very much below 2013 and 2012, and we are generally hoping that this is purely weather-related,” said Robert Milano, president and CEO of Robert Christopher Yacht Sales and Albin Yachts – Albin Yacht Sales in Stamford, Conn. “The extraordinarily harsh winter made it nearly impossible in most cases to be able to show boats. It also affected boater off-season enthusiasm and interest. Nobody is worrying about boat buying or selling when they are nursing broken pipes. So this became an extremely difficult first quarter.”

While Florida posted modest growth in the first quarter, some brokers did notice a slight slowdown in March. “We had a great January and February, but March was a little disappointing,” said Jon Burkard, president of Allied Marine, based in Stuart, Fla. “It’s been a rollercoaster, and it’s hard to say if it’s because it’s tax time or something else.”

In general, Burkard said the brokerage market remains healthy, and pricing actually is increasing, especially for newer used models. “We are seeing some boats sell for 10 to 15 percent more than a couple of years ago,” he said.