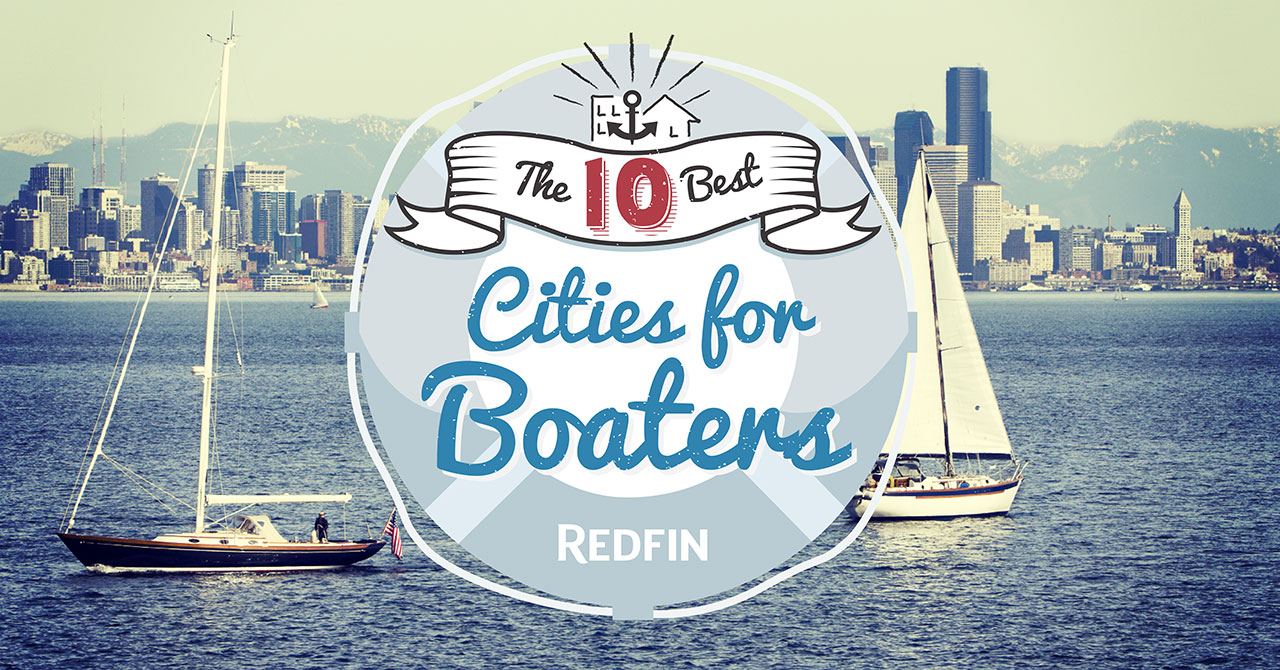 The Redfin Realty Group with help from Discover Boating and The Weather Channel compiled a list of the Top Ten Cities for Boaters from analyzing data on dozens of major metropolitan areas throughout the nation. Virginia Beach landed the number four spot on the list, while Annapolis, Maryland came in at number seven. Read the full article now to learn about the other cities that made the top ten.

Virginia Beach had the third highest percentage of waterfront homes, thanks to the bays, lakes and ocean. There aren’t as many boaters as Minneapolis, but there are a few more months of the year where temperatures are above 60 degrees.

“With the ocean, bay, river, lakes and many other bodies of water, there are so many places to boat in the Hampton Roads area,” said Alyssa Cokinos, a Redfin real estate agent in Hampton Roads. “Some of the most popular are Lynnhaven Inlet, Rudee Inlet and Smithfield Station, where you can pull in for fuel and restaurants. You can find a boat parked in someone’s driveway or yard in almost any neighborhood here, and there are neighborhoods such as Alanton in Virginia Beach that have their own neighborhood boat ramp and a waiting list to be able to dock your boat at the pier there.”

There are a lot of people who own boats in and around the Chesapeake Bay area, particularly in Annapolis, but there’s not as much waterfront property as other cities on the list, which means that homes on the water are a lot more expensive. The median sale price of homes that aren’t on the waterfront is $242,115, but that number jumps to $629,900 for homes on the water – representing a 160 percent home price premium, the most of any city on the list.

“People who dream about living on the water have a lot of options in Maryland. From the posh waterfront condos in Baltimore’s inner harbor, cliff-side homes along the Severn River, neighborhoods with community boat slips around Annapolis and quaint fishing towns on Kent Island, there are homes for sale at a variety of price points,” said Kim Dixson, a Redfin real estate agent in Annapolis. “Maryland’s capital city of Annapolis is considered America’s Sailing Capital. Annapolis is home to the U.S. Naval Academy where midshipmen in their crisp white uniforms are a common sight. From the Eastern Shore to the port of Baltimore, there is a vibrant boating, sailing and water-loving culture all along the shores of the Chesapeake Bay.”