The 2014 Viking 66 Convertible Sand Bob, from Fort Lauderdale, Florida, became entangled in a 6” hawser about 40 miles offshore of Southport, North Carolina, on their way north to fish in the 56th Annual Big Rock Blue Marlin Fishing Tournament. The crew dove under the boat and cleared the props but noticed that both had been damaged by the hawser – the port side being the worst. In fact, the port side was unusable, so they limped two hours up the coast on one engine, to the Jarrett Bay Marine Park. 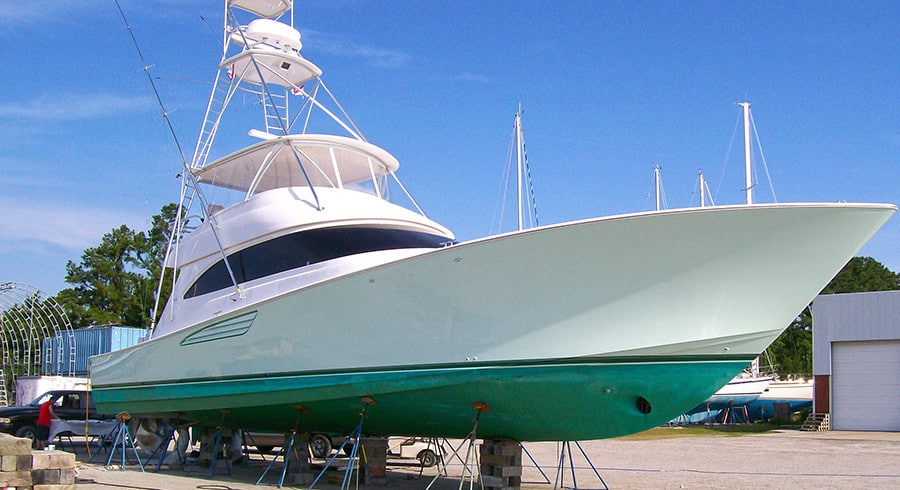 The vessel arrived at Jarrett Bay in the evening hours on Thursday, June 5th. After haul out, it was determined that both props were damaged as well as both struts and shafts were bent inward. One of the props had gone over so far as to cause damage to the fiberglass hull. The decision was made to expedite the repairs over the weekend. The props were removed on Thursday evening and sent to the prop shop. Big Rock Propeller Shop worked through the night and all day Friday to repair the props.

Meanwhile, on Friday morning, the shafts and struts were removed. Bircher Machine received the shafts on Friday afternoon and worked through the night to make the repairs. Arrangements were made directly with the Viking Yachts plant in New Gretna, New Jersey to have two new struts trucked to Jarrett Bay. The new struts arrived at 9:30 p.m. Friday night and were unloaded by waiting personnel. Bircher Machine delivered the repaired shafts on Saturday morning and everything began to go back together. 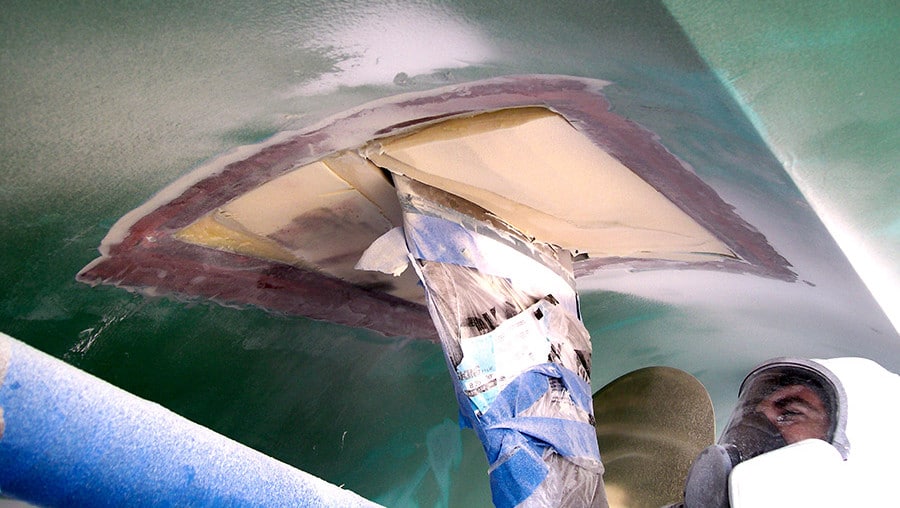 By mid-afternoon on Saturday, the new struts were in and the shafts and the props were installed. Fiberglass repairs were underway as was the fiberglass fairing over the strut pads. By Sunday afternoon the vessel was ready for launch. The boat was launched at 5:30 PM on Sunday and a sea trial took place; the captain reported all went well upon his return to the dock. A final check of the engine alignment was performed on Monday morning and the boat was ready to fish the Big Rock Tournament.

Hats off to Wesley and his team and Joel and his team for making the extra effort to make this repair happen over the weekend and in such a short amount of time. We would like to wish the Sand Bob and her crew the best bounty from North Carolina’s waters during the Big Rock Tournament. 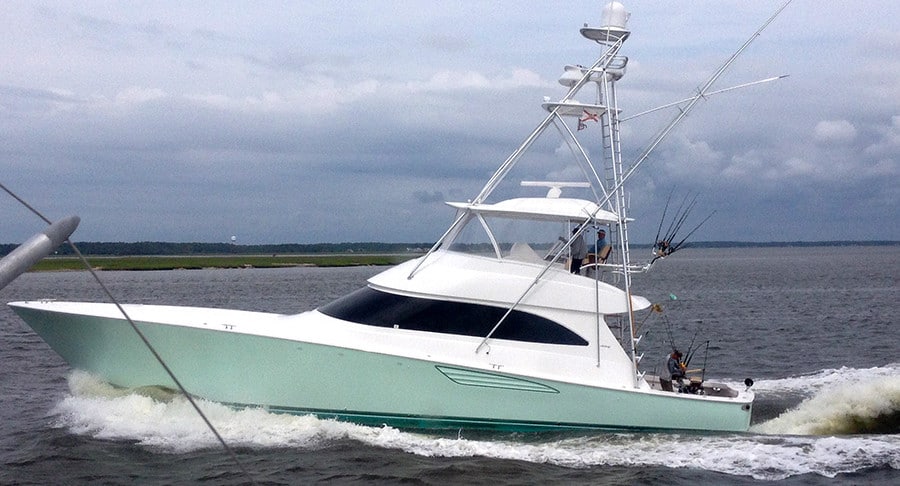