“Cold beers, good tequila and fishing,” is what Bluewater’s Scott MacDonald would tell you helped forge his friendship with Fritz Gottwald. And as with most friendships, a strong level of trust grew, so when the time for a new boat came, Gottwald didn’t hesitate to enlist the help of his friend.

Initially looking at small, single engine center consoles, Gottwald was soon turned onto what custom Carolina boats had to offer. One in particular that caught his eye was a 29’ express built by Calyber Boatworks out of Edenton, North Carolina. With input from his wife and children and the expertise of his friend Scott MacDonald, Gottwald was able to eventually secure a contract on the Calyber express.

“The boat has a huge hard top, and good seating around the helm which was a big selling point for my wife and kids,” Gottwald said. The three-sided Eisenglass enclosure only sweetens the deal when it comes to protecting them from the wind and salt spray. The forward cuddy cabin with V-berth and enclosed head also provide for an escape from the elements, and a place to relax for the children.
“As it turned out a center console just didn’t have the right space for his family, MacDonald explains. “The custom offered more seating, a better arrangement, and plenty of protection from the sun.” The unique and timeless lines of a custom Carolina boat quickly grew on Gottwald, and given that the boat was also trailerable, meant it would turn heads not just on the water, but on the road, as well. 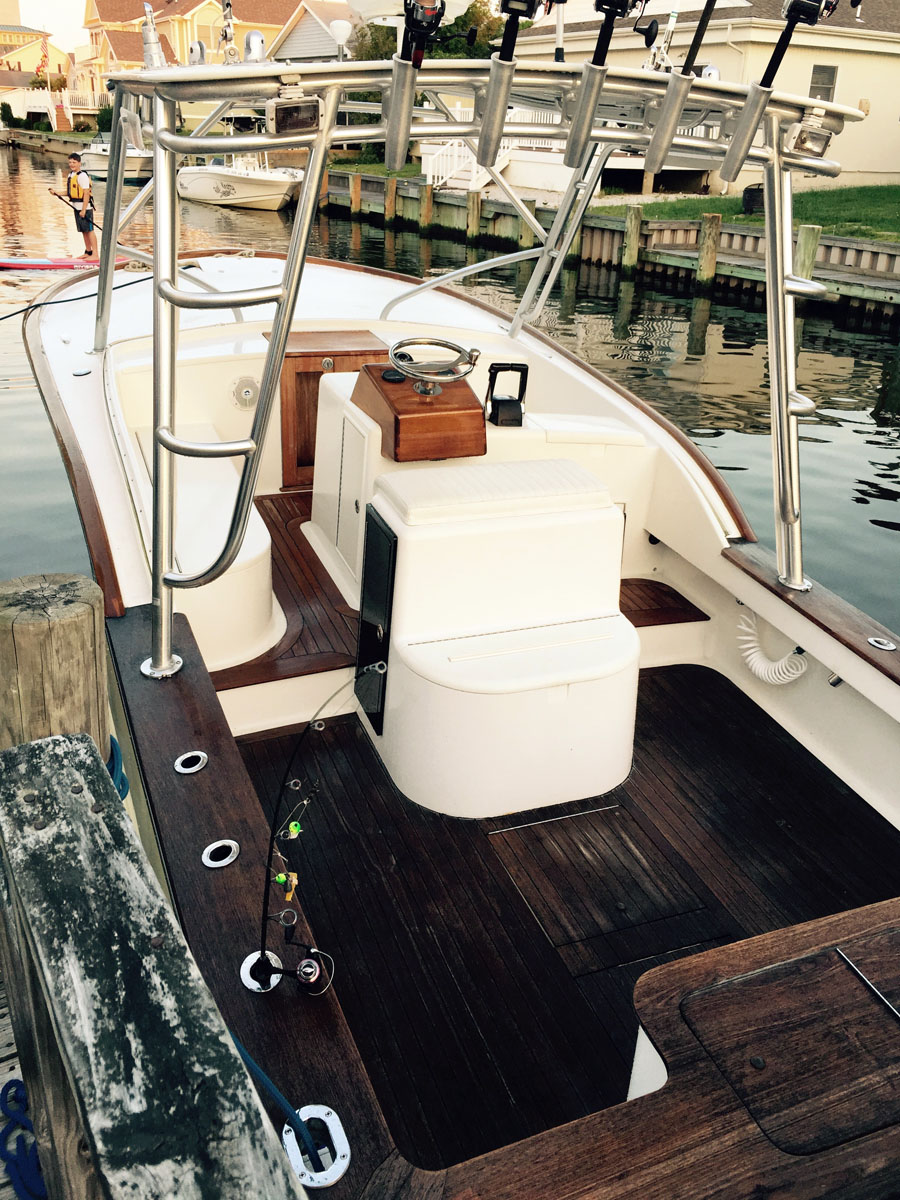 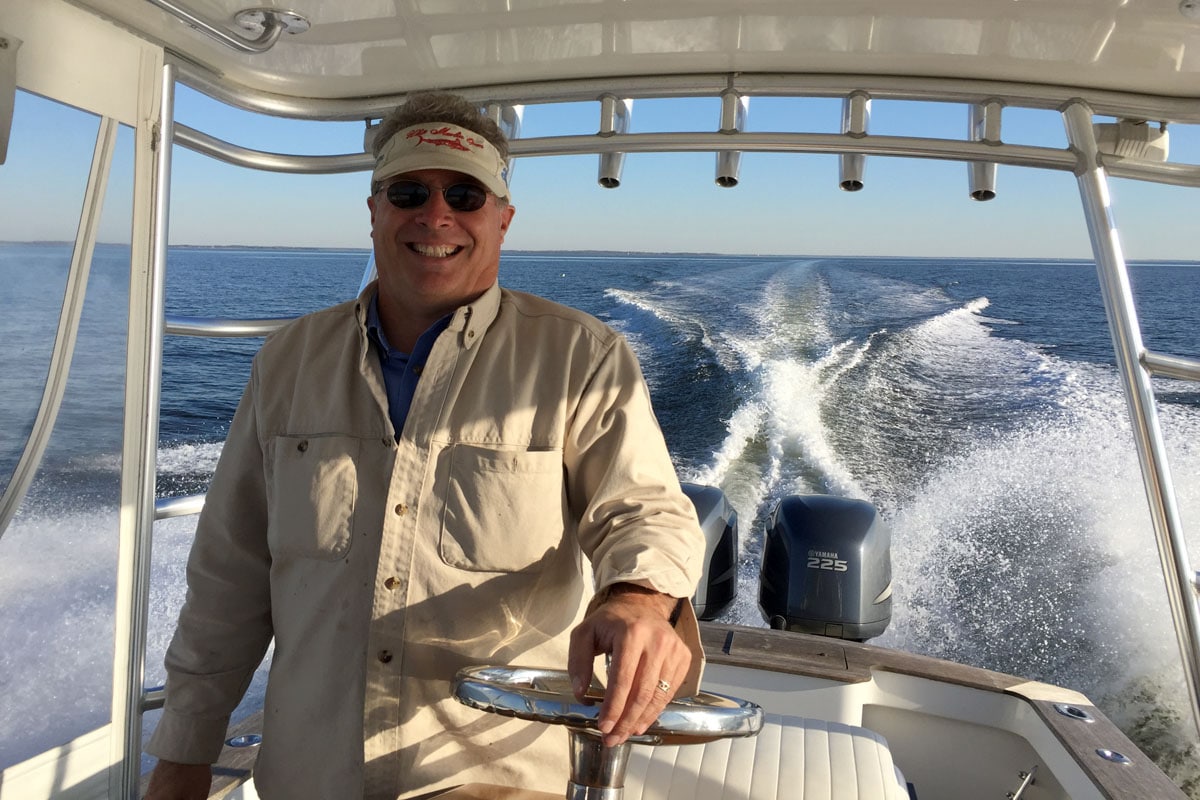 Other features of this mid-size express that make her truly custom are the big teak toe rail and full teak cockpit, all complemented by a bright “Fighting Lady Yellow” hull. This boat, named Anejo, was destined to fulfill both the family’s fishing and cruising adventures around the Chesapeake and fishing out of Ocean City. But, naturally, before closing on the deal, a full survey was to be performed.

“With a moisture meter in one hand and mallet in the other, the surveyor started pointing out areas of concern,” recalls MacDonald. It was recommended that holes be drilled in the wooden hull for the problem spots to be inspected and repaired as needed.

This exchange with the surveyor didn’t sit well with MacDonald, and he knew there was more he could do. After a phone consultation with a good friend who studies and teaches Thermography for industry, MacDonald decided to bring in an expert. With a $30,000 camera in tow, they set out to closely examine the boat’s custom-built wood and resin hull for hidden moisture issues.

MacDonald explains that in order to obtain accuracy in the imaging, it was necessary for the hull to be heated before taking the pictures. With the boat on the hard at first light, they waited patiently for the morning sun to heat the hull so that the outer fiberglass skin would heat quicker than the moisture thought to be entrapped within, and allow for favorable conditions in using the thermography equipment. Much like a doctor would use similar equipment to search a patient for tumors, they imaged the hull, foredeck, gunwales and transom of Anejo.

The boat was then handed back over to Calyber, where she was originally built, to receive a new windlass, teak decking and other minor upgrades. MacDonald and Gottwald presented the thermography prints to Calyber craftsmen and explained where the points of highest concern were: one being at the transom drain and another on the foredeck. The substrate was then drilled at just those points, but nothing exited the inspection holes except for tiny helixes of wood and dry sawdust. While this provided instant peace of mind to Gottwald, it also left MacDonald intrigued about how to improve the process. Though the thermography data hadn’t entirely ruled out an issue in those two spots, it did in many of the other areas the surveyor identified and kept them from turning the Anejo into something resembling Swiss cheese. MacDonald desires to pursue the use of thermography more in future boat surveys, “Really this was the perfect platform to test the idea out on.” he explains.
Demonstrating the passion and motivation of Bluewater’s sales advocates, going the extra mile just doesn’t quite do this story justice. MacDonald sprinted the first mile and continued walking mile after mile until his customer and friend was on the water fishing again – with cold beers and maybe some of that quality tequila. 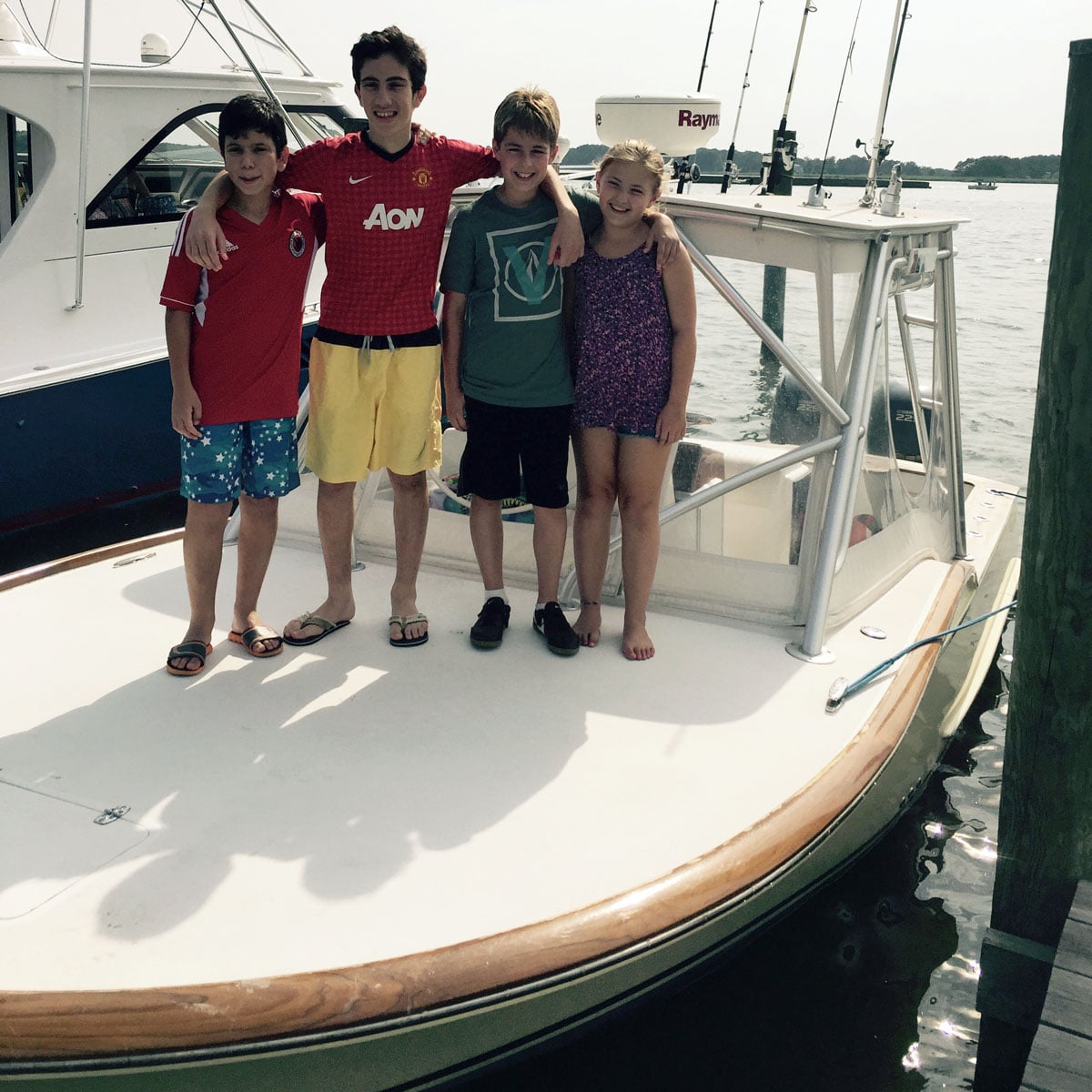 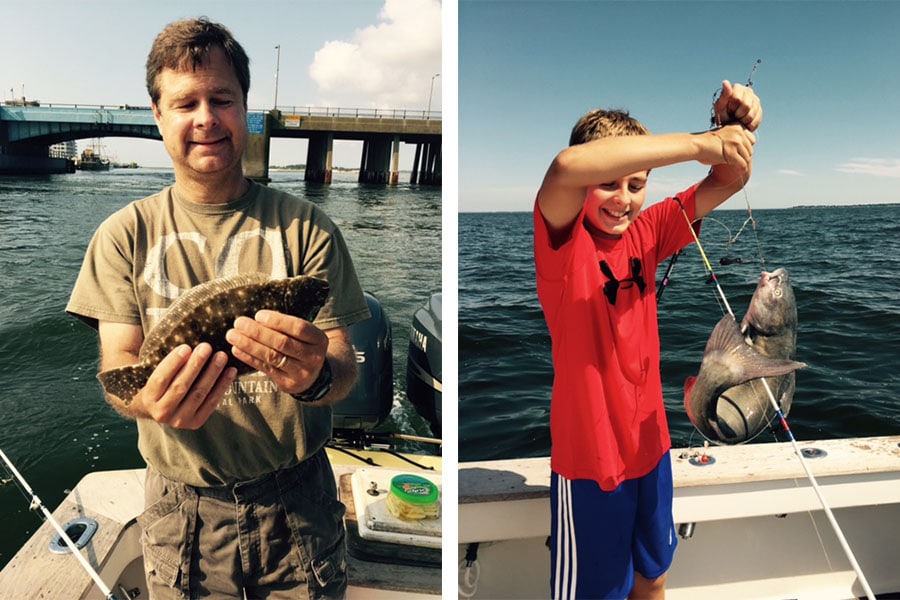